Comment: Response to the Politics of #Libya’s Political Isolation Law 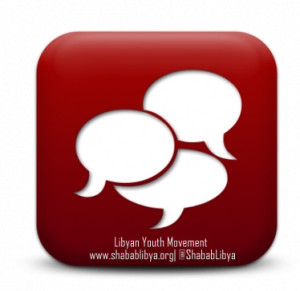 BEIRUT — Activists say Syrian rebels have captured the governor of northern Raqa province as opposition fighters try to overrun the last remaining pockets of loyalist forces in the provincial capital.

The Observatory’s director, Rami Abdul-Rahman, said Tuesday that Jalili is the highest-ranking official to fall into rebel hands since the Syrian crisis began nearly two years ago.

Syrian rebels have pushed government troops from most of the provincial capital, although the Observatory says clashes are still taking place in several places in the city.

If the opposition were to seize control of all of Raqa, it would mark the first time an entire city has fallen into rebel hands. — AP
Posted by هدى السرارى at 5:53 م ليست هناك تعليقات: Links to this post

CAIRO — Officials say the Egyptian president is considering whether to give the military full control of the restive city of Port Said after days of deadly street clashes stoked by excessive force used by riot police.

The officials say Mohammed Morsi met Tuesday with his security chief and top military officers to discuss pulling out the police and putting the military in charge of the Suez Canal city to defuse tensions.

The violence has killed at least three civilians and three policemen and injured hundreds since Sunday.

The military sent reinforcement to Port Said late Monday, after protesters torched a government building and police headquarters there.

The officials from the Egyptian military and the presidential office spoke on condition of anonymity because they are not authorized to speak to the media. — AP
Posted by هدى السرارى at 5:52 م ليست هناك تعليقات: Links to this post

#libya #Abdul_Hakim_Belhaj Willing to Settle With #UK Over Libyan Rendition

Abdel Hakim Belhaj Abdel Hakim Belhaj, a Libyan citizen who was a leading figure in the rebel forces that helped overthrow the dictatorial Gaddafi regime in 2011, and who was suing the British government for its alleged role in his 2004 rendition to Libya has offered to settle the case.

Mr Belhaj, who is also is also suing former British Foreign Secretary Jack Straw and ex-senior MI6 official Sir Mark Allen, is reported saying he wants an apology, an admission of liability and a token payment of £1 from each.

In the 1990s Belhaj also used to be a member of a former insurgent group that sought to topple Gaddafi.

The BBC reported that the Libyan's offer comes as British MPs are due again to debate controversial legislation that would take cases like Belhaj's offer behind closed doors.

Belhaj, who began legal action against the UK government last year, alleges that he and his wife were detained by US intelligence officers at Bangkok Airport in March 2004. He says he was tortured for several days while his wife Fatima Bouchar, who was five months' pregnant, was chained to a wall at a secret prison at the airport.

Belhaj has been reported saying: “My wife and I are willing to end our case against the UK government and Messrs Straw and Allen in exchange for a token compensation of a British pound from each defendant, an apology and an admission of liability for what was done to us”

Belhaj believes he was rendered from Bangkok to Libya by the CIA and the flight refuelled on the island of Diego Garcia, the British overseas territory in the Indian Ocean, adding that his rendition was approved by the UK government and British intelligence was responsible for a tip-off that led to his capture.

When he arrived in Tripoli, he says he was locked up for more than four years in the notorious Abu Saleem prison where he was interrogated and tortured.

He has now written to those he is suing, the British PM David Cameron, Mr Straw, and Sir Mark, Mr Belhaj saying he wants to lay to rest the misconception that he is pursuing the case to enrich himself. A UK government spokesman confirmed they have received the letter from Mr Belhaj.

“I am making an open offer to settle our litigation. My wife and I are willing to end our case against the UK government and Messrs Straw and Allen in exchange for a token compensation of a British pound from each defendant, an apology and an admission of liability for what was done to us."

The British government said it is co-operating fully with investigations into UK involvement in the mistreatment by the Gaddafi regime, while a police investigation is under way.

Another claimant with a similar case, Sami Al-Saadi, dropped his legal action in December in return for a payment of more than £2m.
tripoli post
Posted by هدى السرارى at 5:50 م ليست هناك تعليقات: Links to this post

Libya has deported 256 Egyptians from the country for various reasons, according to diplomatic sources at the Egyptian Embassy in Tripoli.
The sources added on Monday that 174 Egyptians held by the Shalqam Salah Eddin brigade in Tripoli were deported, in addition to 82 Egyptians who were held in the Karareem prison in Misrata city for lack of documents and entering the country illegally.
Another 100 Egyptians being held in other places in Libya are also scheduled to be deported, according to the sources.
Last week, Libya deported 115 Egyptians back home as part of broader campaign against irregular migrants. The country has long been a destination country for migrants and refugees from across the continent.
egypt independent
Posted by هدى السرارى at 5:48 م ليست هناك تعليقات: Links to this post

Both Prime Minister Lawrence Gonzi and Libya's National Centrist Party Ali Tarhouni waxed lyrical about the friendship between Malta and Libya during a brief meeting on Tuesday afternoon.
Gonz welcomed Tarhouni during a visit that Gonzi described as the fruit of the collaboration that went on between Malta and Libya during the Libyan crisis two years ago.
Indeed, Gonzi said, the friendship was rooted in the assistance provided to Libya by Malta when the country needed it most, and also in the aftermath, when Libya is rebuilding.
Tarhouni thanked both Gonzi and Malta for the assistance that was provided to Libya and its people during its time of need, and augured that this would persist.
Tarhouni also congratulated Gonzi on his outgoing administration, as well as his ongoing electoral campaign.
"I hope friends will not forget each other because friends come when you need help," he said, adding that Malta and Libya have historically always been close.
He said that now that Libya is rebuilding its infrastructure and settling down, it would be time to look towards establishing a strong strategic between the two countries.
Earlier, Tarhouni visited Labour leader Joseph Muscat, with whom he discussed the energy, maritime and education sectors.

Posted by هدى السرارى at 5:46 م ليست هناك تعليقات: Links to this post

#libya Exclusive: Why I was right not to resign – Mohsen Derregia, outgoing head of the LIA Posted by هدى السرارى at 3:44 م ليست هناك تعليقات: Links to this post Posted by هدى السرارى at 2:27 م ليست هناك تعليقات: Links to this post

Posted by هدى السرارى at 2:25 م ليست هناك تعليقات: Links to this post

Posted by هدى السرارى at 12:38 م ليست هناك تعليقات: Links to this post