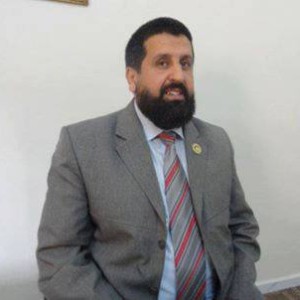 Posted by هدى السرارى at 1:05 م ليست هناك تعليقات: Links to this post

Posted by هدى السرارى at 11:38 ص ليست هناك تعليقات: Links to this post

A soldier was killed on Saturday by unidentified gunmen while standing at a security barrier on a road leading to Mechili, 270km east of Benghazi.
An exchange of fire with the gunmen was reported, but they managed to get away, a security spokesman said, adding the vast desert area was being searched for the killers.
The car seen fleeing matched the description of bomb disposal expert Colonel Mustafa Aquila al-Mugrabi ‘s killers. He was murdered on Friday outside a Benghazi mosque.


(Reuters) - Three leaders of Egypt's Muslim Brotherhood and the movement's former arch-foe Hosni Mubarak faced separate trials on Sunday on similar charges of involvement in the killing of protesters.
With Egypt now under an army-installed government after last month's overthrow of Islamist President Mohamed Mursi, local media seized on the symbolism of scheduling both sessions on the same day. "Trial of two regimes," headlined al-Shorouk daily.
The case against Mohamed Badie, the Brotherhood's "General Guide", and his deputies, Khairat al-Shater and Rashad Bayoumy, relates to unrest before the army removed Mursi on July 3. Mursi has been detained in an undisclosed location since then.
Badie and his deputies were not expected to appear in the first hearing of their case, which will be held behind closed doors for security reasons, a security source said.
Mubarak, who left prison on Thursday after judges ordered his release, was due to attend his session with his jailed sons Gamal and Alaa and former Interior Minister Habib al-Adly.
The former president was sentenced to life in prison last year for complicity in the killing of protesters during the revolt against him, but an appeals court ordered a retrial.
The state news agency MENA said a helicopter would fly Mubarak to the court hearing in the Police Academy on the eastern outskirts of Cairo from a military hospital where he was placed under house arrest after his release from jail.
The government used a state of emergency it declared earlier this month to place Mubarak under house arrest, apparently to forestall any popular anger if he had simply walked free.
The trial of the Brotherhood's top leaders signals that Egypt's new army-backed rulers intend to crush what they have portrayed as a violent, terrorist group bent on subverting the state.
The Brotherhood, which won five successive post-Mubarak votes, says it is a peaceful movement unjustly targeted by the generals who ousted Mursi, Egypt's first freely elected leader.
The military contends it was responding to the people's will, citing vast demonstrations at the time against the rule of a man criticized for accumulating excessive power, pushing a partisan Islamist agenda and mismanaging the economy.
BROTHERHOOD IN DISARRAY
Charges against Badie and his aides include incitement to violence and relate to an anti-Brotherhood protest outside the group's Cairo headquarters on July 30 in which nine people were killed and 91 wounded. The 70-year-old Brotherhood leader was detained last week. Shater and Bayoumy were picked up earlier.
More than 1,000 people, including about 100 soldiers and police, have died in violence across Egypt since Mursi's fall, making it the bloodiest civil unrest in the republic's 60-year history. Brotherhood supporters say the toll is much higher.
Pro-Mursi crowds staged scattered marches on what they had billed as a "Friday of Martyrs", but the Brotherhood's ability to mobilize huge crowds appears to have been enfeebled by the round-up of its leaders and the bloody dispersal of protest camps set up in Cairo to demand the president's reinstatement.
Mursi's return is not on the cards for now. The army has announced a roadmap for a return to democracy that involves overhauling the constitution adopted under Mursi last year, with parliamentary and presidential elections to follow.
Changes proposed by a government-appointed legal panel would scrap last year's Islamic additions to the constitution and revive a Mubarak-era voting system. Islamists and liberals have expressed alarm about the suggestions.
Khaled Dawoud, a member of the liberal Dostour party, said he was worried about plans to retain articles under which journalists risk jail for "insulting the president" and newspapers can be closed for violating media laws - penalties enforced under Mursi, as well as during Mubarak's 30-year rule.
"I want new freedoms, more freedoms and not to end up with something similar to the 1971 constitution or one worse than Mursi's 2012 constitution," he said.
Islamists are also up in arms, for different reasons, saying the changes amount to an assault on Egypt's "Islamic identity".
U.S. Secretary of State John Kerry discussed the roadmap and the constitutional process in a call with interim Foreign Minister Nabil Fahmy on Friday, MENA reported.
The United States has voiced concern about bloodshed in Egypt since Mursi's fall. President Barack Obama has stopped short of cutting the $1.5 billion in mostly military U.S. aid to Cairo, but has ruled out any "return to normal business".

Posted by هدى السرارى at 11:06 ص ليست هناك تعليقات: Links to this post

Posted by هدى السرارى at 10:51 ص ليست هناك تعليقات: Links to this post