Abdulhamid Abdussalam El Ghazzawi
Tripoli, 25 September 2013:
A former Libyan Guantanamo Bay inmate has been released from prison in the US and is due to arrive at Tripoli International Airport this evening.
Abdulhamid Abdussalam El Ghazzawi, aged 50 and said to be disabled, was kept at the controversial prison between 2002, when he was captured in Afghanistan, and 2010, when he was transferred to Georgia.  He was accused by the Americans of being a member of the Libyan Islamic Fighting Group and being linked to Al Qaeda, a claim which he has denied.
His release was announced by the chairman of the Committee for Libyan Prisoners Abroad, Suleiman Fortia. The committee comes under the Ministry of Justice
According to Fortia, there are still four Libyan prisoners at Guantanamo Bay.These are However, the head of the Libyan Association to claim Prisoners Abroad, Taha Shakshuki, told the Libya Herald that the issue of Libyan Guantanamo prisoners is “complex ” and the number “not often accurate”.
“There is a failure with the Libyan Ministry of Justice system and the minister did not supply us with conclusive answers about all Libyan prisoners abroad,” he added.
He pointed to a lack of communication between the Ministry of Foreign Affairs and the Ministry of Justice in dealing with Libyan prisoners abroad, including those in Guantanamo Prison.
Libyans were still being detained in other parts of the world by the Americans, he alleged.
The Committee for Libyan Prisoners Abroad, said Fortia, had been in regular contact with the US Embassy in Tripoli and other countries to gain information about Libyan prisoners so as to arrange visits to them and follow up on their conditions. Javier Clemente
Tripoli, 25 September 2013:
Former Spanish national coach Javier Clemente is to be Libya’s new coach. An agreement with the Libyan Football Federation (LFF) was reached yesterday.
This will be Clemente’s fourth coaching job with a national team. He was with Spain between 1992 -1998, Serbia from 2006- 2007 and then Cameroon for a year and a half from 2010-2011.  Cameroon sacked him after it failed to qualify for the 2012 Africa Cup of Nations.
Clemente, 63, will be replacing former head Coach Abdul Hadifah Erbeesh who recently resigned after the Libyan team lost to Cameroon in the World Cup qualifications.
Libya has never yet qualified for the World Cup. The country will host the 2017 African Cup.
Following Erbeesh’s departure, there had been speculation that Italian Giovanni Trapattoni, Ireland’s former coach, would take the position. However, at 74 years of age, some thought him too old.
A statement from the LFF yesterday said that “we have reached an agreement in principle for Clemente to begin work at the head of our national team starting in October”. 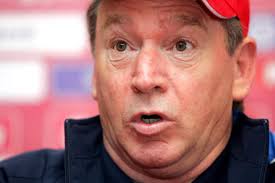 Posted by هدى السرارى at 3:03 م ليست هناك تعليقات: Links to this post

Re-opening of Tunisian border crossing after assault on Tunisian man Ras Jedir border crossing (Photo: Radio Tataouine)
Tripoli, 25 September 2013:
The Ras Jedir border crossing between Tunisia and Libya was briefly closed yesterday following an incident in which a Tunisian man was  allegedly attacked by Libyans.
After his car and possession were stolen, the family of the victim, from the border town of Ben Guerdane, took action to prevent Libyans entering Tunisian territory.
The crossing reopened at 6:30 pm yesterday, the official spokesman of the Tunisian Ministry of National Defence, Brigadier Taoufik Rahmouni, told the Tunisian news agency TAP.
Rahmouni denied reports that there had been shooting at the crossing but said that gun fire had been heard on the Libyan side. It had not directed towards the border.
The Ras Jedir crossing has often been subject to numerous closures this year. The Big4 Rebuild Libya Show (Photo: Aimen Eljali)
Tripoli, 25 September 2013:
Turkish companies dominate the Big4 Rebuild Libya and Energy Show which opened on Monday at the Tripoli International Fair ground.  More than three-quarters of the stands at the fair were taken by firms from Turkey, many of them visiting the country for the first time.  It was
“There are more than 50 companies here today – predominately Turkish but there are also stands with associations representing groups of companies from elsewhere,” said Hakan Serif of Istanbul-based engineering and construction group Alaz.
That the majority are from Turkish is not unsurprising given that the fair, which ends tomorrow, had been organised by Turkey’s Senexpo, also based in Istanbul.
The show presents a wide spectrum of construction equipment and services from water pipes and pumps to metal building structures. It is targeting the Libya construction and energy sectors but equipment is also beingprovide a more sold directly to the public, such as buy the Dizayn Group which produces paint and carpenters’ supplies not only for large companies but as well as medium to small ones as well. “Our company has been to many different countries and we hope to broaden our enterprise by expanding to Libya were we believe much of our product will be needed in future,” said a company spokesman.
Among the large number of Turkish companies there is a sprinkling of Italian ones mainly dealing with construction supplies and equipment, such as Torino-based Oscam which produces cutting and bending machinery for reinforced concrete rods.  Having worked in projects in Libya before the revolution, it is “hoping to get involved with the rebuilding of Libya and wishes to be a part of the physical reconstruction by supplying goods not only to commercial firms but to local companies as well”, says Oscam Fulvio Cattelino.
Not all companies at the show were represented individually. Germany’s NUMOV (Der Nah- und Mittelost-Verein or Near and Middle East Association) with some 600 mid-sized to small-sized companies as members is also present.
“The goal of the association is to increase relationships with Libya and represent small and mid-sized companies to the countries,” said a representative.

Posted by هدى السرارى at 1:22 م ليست هناك تعليقات: Links to this post

Posted by هدى السرارى at 1:01 م ليست هناك تعليقات: Links to this post

Posted by هدى السرارى at 12:41 م ليست هناك تعليقات: Links to this post