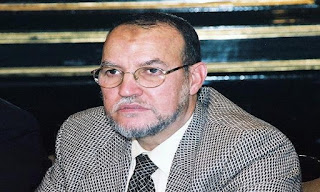 A bomb explosion at a Coptic church near Misrata, Libya’s third-largest city, killed two church workers and wounded two others on December 30. The church is attended primarily by Egyptian Christians who are working in Libya.
Following the attack, Egypt’s ambassador visited the church and called upon Libyan authorities to ensure greater security.
Posted by هدى السرارى at 6:33 م ليست هناك تعليقات:

Libya has dropped arrest warrants and travel bans slapped by the toppled regime of Moamer Kadhafi against the slain dictator's opponents, an interior ministry spokesman told AFP on Wednesday.
"All arrest warrants and travel bans issued by the former regime against Kadhafi's opponents have been lifted," Mejdi al-Orfi said.
Interior Minister Ashour Shawyel took the decision in response to difficulties encountered by ex-regime opponents when travelling abroad on official missions, he said.
A large numbers of former dissidents hold senior positions within the new government and national assembly, which was elected in July, less than a year after a NATO-backed revolt ousted Kadhafi.
Many of them have faced problems when travelling to other countries, particularly those that had security agreements with the former regime.
Posted by هدى السرارى at 6:28 م ليست هناك تعليقات:

The Integrity Commission has ordered that the head of the Libyan Olympic Committee President, Nabil Elalem, be removed from his post. No reason was given other than the standard notice that he had failed to meet the Commission’s standards of integrity.
Also banned is the Abdulqadir Al-Qublawi Omar Alwandi, head of the Olympic Committee’s executive office. He is also chairman of the Libyan Swimming Federation.
In July, just before the London Olympics, Elalem was forced from his car  at gunpoint by unknown armed men and held for a week before being released.  At the time, there were rumours that he had been abducted because of his links to the former regime.  He had served as deputy-president of the Olympic committee under Mohammed Qaddafi, the former dictator’s eldest son.
The kidnapping was denounced as “criminal” by the government and resulted in demonstrations in both Tripoli and Benghazi.
Three other officials have also been banned in the Commission’s latest announcement.  They are Abdulla Khalid Alnami, president of the General Chess Association, Juma Mohammad Hafeez M’Hamed, a member of the steering committee of the Rural Bank, and Mohammed Abdul Rahman Jibril general manager of the Sanitation Department in Ghat.
The later becomes the eighth official from Ghat to be disbarred.
Posted by هدى السرارى at 6:23 م ليست هناك تعليقات:

#libya #Tunisia Expected Resumption of Commercial Activity of Libyan Merchants in Tunisia, while Two Tunisians Were Injured by a Nalut Local

Libyan merchants are expected to resume their commercial activity in Tunisia starting, January 1, 2013, Hamadi Mayara, the governor of Medenine, in south eastern Tunisia declared to Tunisian national TV, al Watania 1.
This comes after disruption of commercial activity between Tunisia and Libya and growing concern about future trade between the two countries. Angry protest of Tunisian traders from the border town of Ben Guerdane over new customs measures imposed by Libyan authorities on them and subsequent attacks on Libyan truck drivers in the area between Ras Jedir and Ben Guerdane in Tunisia were behind the closure of the two Tunisian-Libyan border crossings of Ras Jedir and Dhehiba-Wazen.
The Ras Jedir border crossing is expected to start its activity on the Tunisian side only, while the Libyan side will remain closed for Tunisian merchants entering Libya. The crossing was expected to open for Libyan truck drivers yesterday after Tunisian auhorities pledged to provide the necessary guarantees to its Libyan counterpart of the security and safety of Libyan merchants in Tunisian territory, reported  Radio Tataouine.
The decision to open the border crossing came after Tunisian and Libyan government delegations met with security officials in Ben Guerdane on December 31, 2012 to discuss problems related to the border crossing and ways to solve them.
The meeting was prompted by calls from both the Libyan and Tunisian sides concered about the disruption of commercial activity between the two countries particularly from Tunisia’s second city of Sfax, considered as the economic hub of Tunisia.
Speaking to the Tunisian National TV Al Watania last night, Mr. Mayara stated that Tunisian authorities set up common patrols between the Tunisian Army, national guard and police to ensure safety in the Ben Guerdane-Ras Jedir trade line, which had witnessed recently attacks on Libyan trucks by some Tunisian locals in the area.
He added that the Libyan side requested an official declaration stating that Libyan trucks are protected when passing to Tunisia. Mayara hopes that the border crossing will be fully functional tonight.
“We are also hoping that Libyan authorities will ensure safety of Tunisian merchants in Libya as well,” Mr. Mayara insisted.
The other border crossing between Tunisia and Libya, Dhehiba-Wazen crossing remains closed for both Tunisian and Libyan merchants, a Tunisian border police officer at the crossing told the Libya Herald .
Meanwhile, in the Libyan town of Nalut, two Tunisian shepherds from the city of Kairouan (200 kilometers south of Tunis) were repoprted to have been seriously injured in their legs after a Libyan man in Nalut opened fire on them. The two shepheards allegedly entered his his property while herding sheep in the area.
According to Radio Tataouine, Libyan authorities pledged to investigate the incident and confirmed its commitment to ensure safety of all Tunisian nationals working in Libya.
The two injured men were taken to Tataouine Regional Hospital first where they remained for some time before being transferred to Sfax University Hospital. Faisal Ketat, a doctor in emergency service of Tataouine hospital told Radio Tataouine that one of the injured, a 66-year old father suffered serious injury to his legs. His son also sustained injuries of his ankle and right leg. They were transferred to Sfax University Hospital to get more treatment.
“I hope that the (injured men) get through their serious injuries. These injuries may, however, lead to the amputation of their legs,” Mr. Ketat warned to Radio Tataouine.
He added that the son, who is one of the victims, was admitted to the operations room for surgery. “According to primary information received from Sfax Hospital, efforts are being mde to prevent his leg from being amputated”, he concluded.
Posted by هدى السرارى at 6:18 م ليست هناك تعليقات:

White House made only minor alteration over wording on Benghazi, says report

The FBI, CIA and other intelligence agencies - but not the White House - made major changes in talking points that led to the Obama Administration's confusing explanations of the attack on US diplomatic facilities in Benghazi, Libya, a Senate report concluded.
The Homeland Security and Governmental Affairs Committee report said the White House was only responsible for a minor change. Some Republicans had questioned whether the presidential staff rewrote the talking points for political reasons.
The committee, headed by independent Senator Joe Lieberman and Republican Senator Susan Collins, also said the director of national intelligence has been stonewalling the panel in holding back a promised timeline of the changes.
US Ambassador to Libya Chris Stevens and three other Americans were killed in the September 11 attack last year.
US Ambassador to the United Nations Susan Rice said she used the talking points to say in interviews on September 16 that it may have been a protest that got out of hand.
Rice's incorrect explanation may have cost her a chance to be nominated as the next secretary of state, as Senate Republicans publicly said they would not vote to confirm her.
President Barack Obama instead nominated Senator John Kerry, who is expected to win easy confirmation.
The State Department last month acknowledged major weaknesses in security and errors in judgment exposed in an independent report. Two top state officials appealed to Congress to fully fund requests to ensure diplomats and embassies are safe.
Senior State Department officials said serious management and leadership failures left the diplomatic mission in Benghazi woefully unprepared for the terrorist attack.
Eight days after the attack, National Counterterrorism Centre director Matthew Olsen told the Homeland committee the four Americans died "in the course of a terrorist attack".
The same day, State Department spokeswoman Victoria Nuland said the department stood by the intelligence community's assessment. The next day presidential spokesman Jay Carney said, "It is, I think, self-evident that what happened in Benghazi was a terrorist attack." Secretary of State Hillary Clinton used the words "terrorist attack" on September 21.
Olsen's acknowledgement was important, the report said, because talking points prepared by intelligence officials the previous week had undergone major changes.
A line saying "we know" individuals associated with al-Qaeda or its affiliates participated in the attacks was changed to say, "There are indications that extremists participated." The talking points dropped the reference to al-Qaeda and its affiliates and a reference to "attacks" was changed to "demonstrations".
The committee said the director of national intelligence, James Clapper, and representatives from the CIA, State Department, counter-intelligence centre and the FBI told the panel the changes were made within the CIA and intelligence community.
The only White House change substituted a reference of "consulate" to "mission."
Posted by هدى السرارى at 6:02 م ليست هناك تعليقات:

#libya Fire causes major telecoms disruption in and outside Libya

A fire at a junction box for fiber optic cables in the Soug il-Thlat district of Tripoli caused major disruptions to telecommunications inside and outside Libya yesterday.
The fire, which was believed to have been started by someone, was in an underground junction box carrying cables for national, international telephone calls and internet services.
Speaking live on Libya Al-Ahrar TV station last night, and from the scene of the fire, Telecommunications and Informatics Minister Osama Siala said that the fire occurred at about 3 pm yesterday.
He said that the telecoms companies were on the scene within an hour of the telecoms failure and that actions to divert the flow of telecoms via alternate routes had already been taken to maintain services
The fire had caused the cutoff of telecoms links between the east and west of Tripoli and had disrupted international calls. Moreover, it had disrupted internet services all over the country with some areas experiencing very slow service whilst others losing service all together.
The poor internet service had affected Libya Herald’s various journalists yesterday all over Tripoli and in Benghazi too. Indeed, Libya Herald’s Maha Ellawati had reported that both the al-Madar and Libyana mobile networks were down for sometime yesterday in her native Benghazi.
Asked by Libya Al-Ahrar if the fire was an act of vandalism, Minister Siala said investigations were ongoing. Moreover, when it was pointed out by the interviewer to the Minister how easy it was for a potential vandal to disrupt the national telecoms network, Siala confirmed that his ministry was in talks with the security forces regarding better protection of sensitive sites.
He also confirmed that his ministry was also discussing better protection measures by the various telecoms companies of their sensitive assets.
Posted by هدى السرارى at 5:58 م ليست هناك تعليقات:

The official spokesperson for Libya’s Attorney General, Taha Bara, said that Saif Al-Islam Qaddafi and Abdullah Senussi will be put on trial in a month’s time, Libya FM radio station reported.
Speaking yesterday, Bara said that the reason for the delay in their trial was the continued questionning of Abdulah Al-Senussi, which had not been completed yet. Bara felt that Senussi was privy to information that would have relevance to the Saif trial.
The spokesperson confirmed that Libya was not obliged to hand him over to the International Criminal Court and that he will be put on trial in Libya.
Moreover, Bara went further and confirmed that Saif will be put on trial in Zintan as Zintan fulfilled all the requirements needed to facilitate the trial.
Posted by هدى السرارى at 5:57 م ليست هناك تعليقات:

Anniversary of the execution officers Oct. movement in Libya ( second of January 1997)

#Libya in 2012: Achievements and Challenges