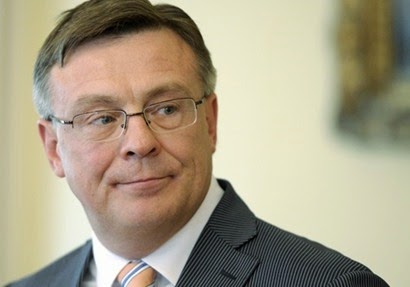 (Reuters) - An Italian man has been kidnapped near the eastern city of Tobruk and there has been no communication from his kidnappers as yet, said the Italian Foreign Ministry on Sunday, adding he was a diabetic who did not have his insulin supplies with him.
A spokesman for the Italian Foreign Ministry said Gianluca Salviato was kidnapped on Saturday by a gang it suspected of being a criminal organisation intending to seek a ransom, rather than an Islamist group.
"The fact that he is a diabetic adds a sense of urgency to the situation because his life is in danger," the spokesman told Reuters on Sunday.
The search began for Salviato when he failed to arrive at the construction site of a sewer project his company, Enrico Ravanelli SpA, began in October 2012.
His car was later found with the keys in it, and his medical kit sitting on the passenger seat.
The weak central government in Tripoli wields little influence over the eastern part of the country, where well-armed militias have taken root since the fall of Muammar Gaddafi three years ago.


Italy's Foreign Ministry has issued several warnings for its citizens not to travel to that part of the country, where Libya's government troops on Saturday fought rebels occupying eastern oil ports. (Reporting by Steve Scherer; Editing by Sophie Hares)
Posted by هدى السرارى at 3:10 م ليست هناك تعليقات: Links to this post 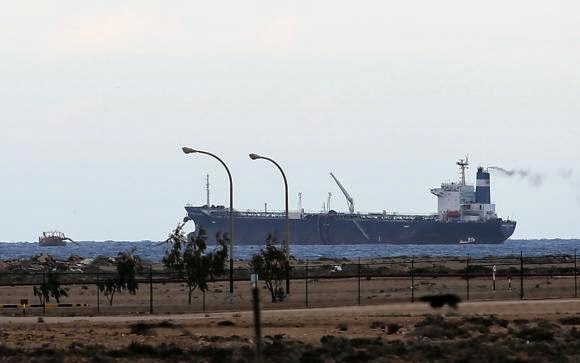 A North Korean-flagged tanker is docked at the Es Sider export terminal in Ras Lanuf March 8, 2014.

(Reuters) - The U.S. Navy handed over to Libyan authorities on Saturday an oil tanker carrying crude that had been loaded at a port controlled by armed rebels in defiance of Tripoli's government.

The Morning Glory tanker was due to arrive later on Saturday at a government-controlled port after being seized by U.S. commandos and escorted back through international waters by the U.S. Navy, Libyan officials said.
Hours before the handover, at least 16 people were wounded when Libyan rebels occupying three eastern oil ports clashed with troops and attacked an army base, where pro-government forces had been preparing to break the rebel blockade.
Anti-aircraft gunfire and explosions were heard overnight and after dawn on Saturday in Ajdabiya, the hometown of rebel leader Ibrahim Jathran, whose fighters seized the ports last summer to demand a greater share in Libya's oil resources.
The struggle for control of Libya's vital petroleum resources is one of the key challenges facing the weak central government, which has still failed to secure the North African country three years after the fall of Muammar Gaddafi.
Brigades of former anti-Gaddafi rebels and militias refuse to disarm and often use armed force or control of oil facilities to make demands on a state whose army is still in training.
U.S. special forces boarded and seized the Morning Glory tanker last Sunday off Cyprus, days after it left Libya with a cargo of crude from one port, Es Sider, occupied by Jathran's men who had vowed to export oil themselves to resist Tripoli.
"The handover took place in international waters off the coast of Libya, and the Government of Libya and its security forces are now in control of the vessel," the U.S. embassy said in a statement.
HEADING TO TRIPOLI
The tanker had originally planned to go to Zawiya port from where its crude would be fed into the local refinery, which has been forced to lower its output because of a protest at another oil facility, the El Sharara oilfield, port officials said.
But authorities decided at the last minute to let the ship dock first in the capital Tripoli to let the crew disembark, said Abdullah Rashid, controller at Zawiya port, which is located 55 km (34 miles) west of the capital.
Libya has said its state prosecutor will take legal action against the shipowner, the crew and other parties involved in the attempted sale of its oil.
Rashid said the Morning Glory would arrive late at night at Tripoli port and then continue on Sunday or Monday to Zawiya, though a navy spokesman declined to confirm this.
The Tripoli government gave Jathran a two-week deadline on March 12 to end his port blockade or face a military assault, though analysts say Libya's nascent armed forces may struggle to carry out that threat.
LANA state news agency said tribal community leaders helped stop the fighting earlier on Saturday between the rebels and Libyan soldiers. But the agency reported 16 people were wounded.
Jathran's federalist gunmen managed to load crude onto the Morning Glory tanker after months of threats. The ship left port
and escaped Libya's navy, embarrassing Tripoli's government and prompting parliament to sack Prime Minister Ali Zeidan.
The seizure of the tanker in international waters was a rare boost for the government, which has struggled to end a standoff that has cost the state more than $7 billion in lost revenue.
The three rebel-held ports account for around 700,000 barrels per day of Libya's oil export capacity, or around half of its total petroleum shipments.
The town where Saturday's battle broke out, Ajdabiya, is divided between Jathran supporters and those who fear his oil blockade will lead to the collapse of the state.
Tripoli's government is also stymied by infighting among Islamists, secular parties and tribes that has delayed Libya's transition to democracy since the fall of Gaddafi, whose one-man rule left few state institutions.
Western governments, which backed NATO's air strikes to help the 2011 anti-Gaddafi revolt, are training Libya's armed forces and are pressing the factions to reach a political settlement.
(Writing by Patrick Markey; Editing by Gareth Jones)

Posted by هدى السرارى at 3:07 م ليست هناك تعليقات: Links to this post