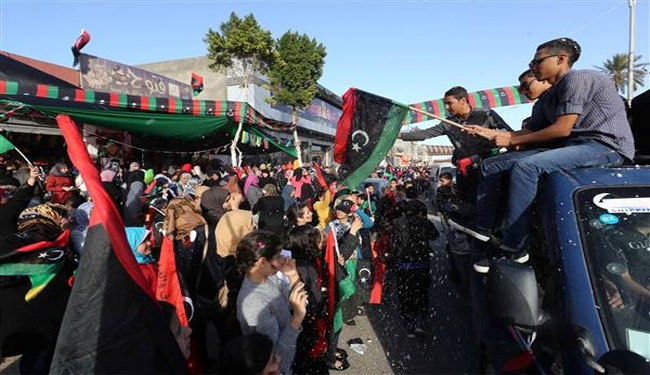 Islamic invitation turkey
Libya’s constituent assembly has begun its work to draw up a new constitution in Al-Baida, in the country’s east where violence has been rife since the 2011 revolt.
Dozens of officials, tribal chiefs and civil society representatives took part in the ceremony amid tightened security measures.
The new constitution has been billed as a milestone in the North African country’s transition from the 42-year dictatorship of Muammar Qaddafi, who was overthrown and killed in 2011.
But 13 of the 60 assembly seats remain vacant, after unrest in certain areas stopped voting in a February 20 election to choose the body. A date for a new poll has yet to be set.
Assembly spokesman Naji al-Harbi said the remaining 47 members attended Monday’s ceremony and held their first talks to elect a president and discuss rules of procedure.
The body, which has 18 months to prepare a draft constitution, is based in the eastern town as it was for the 1951 charter that Qaddafi abolished in 1977.
Eastern Libya was the cradle of the 2011 revolt.

The country is awash with weapons from the conflict, and authorities have struggled to establish security by integrating anti-Qaddafi militias into the regular army or police force.
Posted by هدى السرارى at 4:24 م ليست هناك تعليقات: Links to this post

(Xinhua) -- A special commission to draft a new constitution for Libya held its opening ceremony on Monday, marking a new beginning for legislative procedures in the volatile North African country.
Tribal elders and government officials as well as journalists from all around the country attended the ceremony held in al-Beida, a city some 1,200 kilometers away from Tripoli.
Media Director Naji Al-Harbi told Xinhua that 47 members of the commission have arrived for the first session, adding they discussed some preparatory issues.
The commission was originally designed to contain 60 members. However, 13 members are still unelected due to security reasons in their electoral region.
The panel is tasked with drafting a new constitution within 120 days and it will decide the political mechanism of the new government.
Analysts said it might take more time to form the laws since the country has been deadlocked in tribal and political disputes after the 2011 turmoil, which sparked a civil war that ended with the toppling of former leader Muammar Gaddafi.
Posted by هدى السرارى at 4:22 م ليست هناك تعليقات: Links to this post

TRIPOLI: Libya's oil production is currently around 220,000 barrels a day as several western oilfields remain closed due to protests, a spokesman for state-run National Oil Corp (NOC) said on Tuesday.
The El Sharara, El Feel fields and oil condensates production at the Wafa field were still shut down, NOC spokesman Mohammed El Harari said.
Libya's oil production was 1.4 million bpd until July when a wave of protests at oilfields and ports started across the North African country.
There were indications that a protest at the 340,000 bpd-El Sharara field might end but there were still issues with the pipeline where a separate protest had taken place in the past, El Harari said.
A decision has also yet to be made on when the eastern Zueitina port might reopen, he said.
The government reached an agreement with rebels in the east to reopen the 70,000 bpd-Zueitina and three other ports, but Justice Minister Salah al-Merghani on Sunday said technical problems were preventing the restart of oil exports from Zueitina.
El Harari said the eastern port of Hariga had exported its first shipment since the reopening and was preparing to receive a second tanker.
Under the ports deal reached two weeks ago, the eastern Ras Lanuf and Es Sider ports were also due to open within a month but the minister said on Sunday more talks would be needed after Zueitina had reopened.
The government is unable to control militias and armed tribesmen who help oust Muammar Gaddafi in 2011 but have kept their guns to make political and financial demands by seizing oilfields or government ministries at will.
Posted by هدى السرارى at 3:09 م ليست هناك تعليقات: Links to this post

Libya _ Material Support to Terrorism: The Case of Libya*

right side news
Libya in 2011 marks the place and the time that the United States (U.S.) and the Obama administration formally switched sides

in the Global War on Terror (GWOT). A mere 10 years after al-Qa’eda (supported by Hizballah and Iran) attacked the American homeland in the worst act of terrorism ever suffered by this country, U.S. leadership decided to facilitate the provision of weapons to jihadist militias known to be affiliated with al-Qa’eda and the Muslim Brotherhood in order to bring down a brutal dictator who also just happened to be a U.S. ally in the GWOT at the time.
And the U.S. media were silent. The major broadcast, print, and Internet outlets said not a word about this astonishing turnabout in American foreign policy. To this day, they have not seemed even to recognize that the pivot to support al-Qa’eda took place. But it needs to be said. The American people deserve to understand that their most senior leaders, both elected and appointed, have violated their oaths to “preserve, protect, and defend the Constitution of the United States against all enemies, foreign and domestic.”
United States law is quite explicit about providing material support to terrorists: it’s prohibited. Period. 18 U.S. Code § 2339A and 18 U.S. Code § 2339B address Providing Material Support to Terrorists or Designated Foreign Terrorist Organizations. Together, these two sections outlaw the actions of any U.S. person who attempts or conspires to provide, or actually does provide, material support to a foreign terrorist organization knowing that it has been designated a foreign terrorist organization or engages, or has engaged, in “terrorism” or “terrorist activity.” Conspiracy means agreeing or planning to provide such support, whether or not such support ever is actually delivered.
Penalties for conspiracy to provide material support to terrorism are stiff: imprisonment for up to 15 years and/or a fine of not more than $250,000. Penalties for actually providing or attempting to provide material support to terrorism are even harsher: imprisonment from 15 years to life, with a life sentence applicable if the death of any person results from such crime. Aiding, abetting, counseling, or procuring in support of a violation of Section 2339B is punishable by the same penalties as for the offense itself
Posted by هدى السرارى at 3:02 م ليست هناك تعليقات: Links to this post

Posted by هدى السرارى at 2:38 م ليست هناك تعليقات: Links to this post

Posted by هدى السرارى at 12:03 م ليست هناك تعليقات: Links to this post 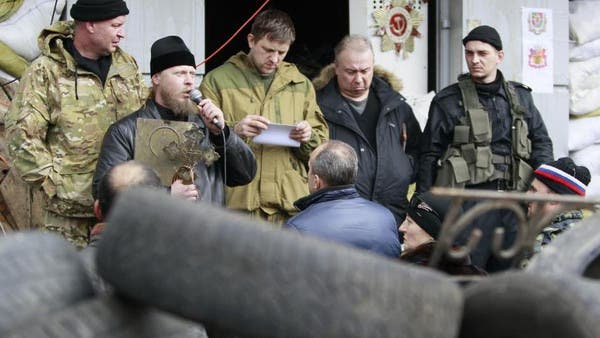 Posted by هدى السرارى at 10:07 ص ليست هناك تعليقات: Links to this post