Posted by هدى السرارى at 9:13 م ليست هناك تعليقات: Links to this post A $32 million Boeing Chinook CH-47D
Tripoli, 27 September 2013:
The Libyan armed forces are reportedly seeking to buy 22 twin rotor Chinook heavy lift helicopters from US manufacturer Boeing, which at book prices would cost in excess of $700 million.
Boeing this week confirmed to defence publication IHS Jane’s that Libya was interested in purchasing CH-47 Chinook helicopters, but declined to give numbers, referring the publication to the US Army. There a spokesman said that it was likely that the order would be for just six Chinooks,
However in August, Boeing’s  Senior Manager, International Business Development (Mobility Rotorcraft), Steve Barlage was quoted as saying that Libya  was thinking of buying six CH-47D and 16 CH-47F,  an upgraded version of the CH-47D .
Before the Revolution, the Libyan military had 20 Chinook CH-47Ds, which had been supplied through AgustaWestland of Italy.  At least two of these were destroyed in combat and only one is now thought to still be operational. It may have been the Chinook that was seen flying over the port area of Tripoli last month

Libya is not a failing state – Zeidan to CNN Prime Minister Ali Zeidan talking to CNN’s Amanpour.
Tripoli, 27 September 2013:
“Libya is not a failing state,” Prime Minister Ali Zeidan emphatically told CNN’s Christiane Amanpour in an interview that aired Thursday. “The state of Libya doesn’t exist yet.” writes CNN’s Mick Krever on www.cnn.com.
“We are trying to create a state, and we are not ashamed of that,” he said. “The outside world believes that Libya is failing, but Libya was destroyed by Gaddafi for forty two years and was destroyed by a full year of civil war. And that’s why we are trying to rebuild it.”
He said that the idea that democracy can be built “within a month” is “an illusion.”
The most-current crisis in Libya involves the militias that have run rampant since the revolution.
Militias in the east of the country are demanding more autonomy from the central government, and have severely constrained Libya’s oil output, which is central to its export revenue.
Prime Minister Zeidan denied reports that his government had tried to pay off the militias to get their cooperation, a charge he vigorously denied, calling such a move “immoral” and “inappropriate.”
The Libyan government is trying to negotiate with the militias to “resolve the matter peacefully,” he told Amanpour, but was prepared to use force if necessary.
“If it gets to a dead end, the state will act as a state and will impose and enforce the rule of law against those who violate it,” Prime Minister Zeidan said. “Everything is possible. Everything that could bring things back to normal, with the least damage possible, we will do.”
Part of Libya’s state-building involves reconciliation and accountability of the Gadhafi dictatorship that ruled the country with brutal force.
The International Criminal Court has asked Libya to hand over Moammar Gadhafi’s son, Saif; Libya has refused
“We believe that the trial of Saif al-Islam Gaddafi is an internal Libyan affair,” Prime Minister Zeidan told Amanpour. “What he did, he did against the Libyan people and he must be tried fairly for that. And this will happen.”
Justice is also being sought in the murder last year of U.S. Ambassador Chris Stevens and three others at an American consulate in Benghazi, Libya.
“We arrested some suspects and they are under investigation, and they named some other suspects,” Prime Minister Zeidan said. “We are in close cooperation with the United States,” he said, adding that “what needs to be done is those people who killed Mister Christopher [Stevens] be prosecuted and will be punished duly.”
The overthrow of Moammar Gadhafi marked a different point in the Arab Spring. Compared with the nearly two-plus year bloodbath in Syria, the overthrow of dictators in Tunisa, Libya, and Egypt seems relatively quick.
Prime Minster Zeidan went recently to visit Egypt’s General al-Sisi, which caused much controversy domestically for the Libyan leader. So was he glad about the military ousting of President Mohamed Morsy?
“I am not happy and I’m not sad,” he told Amanpour. “This is an Egyptian internal matter. I cannot have a say in that. All I can say is to bless the choice of the Egyptian people.  I went to Egypt because Egypt is a neighboring state and it’s important for us to keep normal relations.”
As the international community is in throws over if and how to force Syria to give up its chemical weapons, many are looking to Libya, which voluntarily said it would disarm itself of its own chemical weapons under Ghadhafi.
That process began years ago, but there are still weapons in the country.
“To destroy the chemical weapons piles, it’s very costly and requires a high level of technology,” Prime Minister Zeidan said. “We are doing every effort to control the chemical weapons.”
He said that even during the uprising, the Libya opposition began cooperating with the U.S. on how to control the chemicals.
“Some technical missions came and went behind the fighting lines to maintain surveillance on the chemical weapons,” he said. The fort at Sebha, cpaital of Fezzan, with Fezzan flag
Tripoli, 27 September 2013:
A group of tribal elders in southern Libya held a preparatory meeting in Obari on Thursday to discuss the possibility of setting up a “Fezzan Supreme Council” similar to the Cyrenaica Transitional Council set up last year by Cyrenaica federalists.
However, reports that the meeting in fact declared Fezzan, one of the three Libyan historic provinces, a federal state within Libya have been denied by a local source. He said that the main meeting to decide on the future of the Fezzan would be held next week. “Yesterday’s meeting was like an advertisement for the main meeting next week in Obari,” the source said.
In a statement at the end of yesterday’s meeting, the elders – reportedly from Sebha, Waddan, Wadi Al-Shatti, Jufra and Obari – said that they were responding to “the GNC’s poor performance and inability of the government to meet public requirements, especially in the Fezzan region”. Participants also reportedly expressed their rejection of what they called, “decisions that differentiate between Libyans in respect of rights and duties”.
The statement claimed that the Fezzan Supreme Council would appoint a military governor whose duties would include the activation of the army, police, judiciary, protection of borders, oil and gas fields and water resources located within the region.
The head of the Preparatory Committee of the Forum of the Tribes and Social Components of Fezzan, Ahmed Ibrahim, was quoted by Ajwaa Al-Bilad news saying that “we feel that the government is oblivious to Fezzan and has no real existence. If the government has been in existence, we would not have raised the federal option”.
Some 120 delegates are reported to have attended in addition to many other local observers. A Tebu spokesman said they were mainly Arab but with a few Tebu and Tuareg as well.
In response to the meeting, the Council of Elders of Sebha as well as the town’s Shura Council in Sebha and the Federation of Civil Society Organisations today said they “strongly” condemned any move towards federalism. Those who took part in the Obari meeting, they said, represented only themselves, the Libyan new agency LANA reported.
They themselves were committed to the national unity and the legitimacy of the state as represented by the General National Congress and the transitional government. Libya’s oil and water they said, was for all Libyans.
After Cyrenaica, Fezzan is Libya’s other main source of the two resources.
Support for federalism has been growing for some time in Fezzan and there has been much talk about it, particularly among the Tebu and Tuareg, but yesterday’s meeting was the first concrete step taken in support of the idea
libya herald
Posted by هدى السرارى at 8:23 م ليست هناك تعليقات: Links to this post 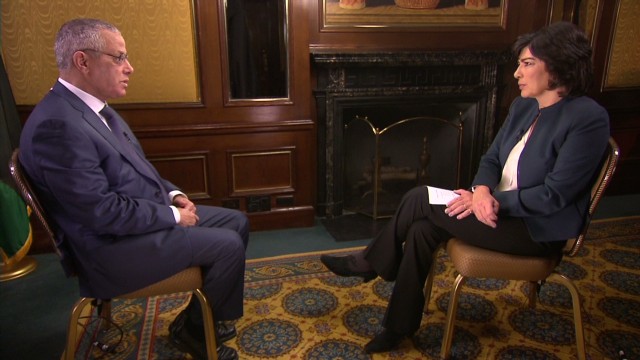