Posted by هدى السرارى at 5:39 م ليست هناك تعليقات: Links to this post


WASHINGTON, April 14 (Xinhua) -- The United States on Monday condemned the attack on Libya's acting Prime Minister Abdullah Al- Thinni, who had tendered his resignation as a result.
"At a time when Libya most needs political consensus to move forward its democratic transition, extortion by physical attack must not hijack the process of peaceful dialogue," State Department spokeswoman Jennifer Psaki said in a statement.
Al-Thinni offered to resign on Sunday, saying he and his family came under savage attack on Saturday night in their residence and he could no longer put innocent people's lives at risk.
"Threats of violence to the prime minister or others are unconscionable and we condemn them in the strongest terms," Psaki said, urging all Libyans to "work together to find common ground to ensure security and good governance" for the transition.
Al-Thinni was named interim prime minister by the parliament on April 8 and was entrusted to form a new cabinet within one week.
Libya has been ensnared in a power struggle among various interest groups since the 2011 turmoil, in which former leader Muammar Gaddafi was toppled.

Posted by هدى السرارى at 4:07 م ليست هناك تعليقات: Links to this post

TRIPOLI, Libya — Masked gunmen seized the Jordanian ambassador in the Libyan capital on Tuesday, officials said, the latest in a wave of abductions and kidnappings that have swept Libya underscoring the lawlessness in the North African nation since the 2011 overthrow of late dictator Moammar Gadhafi.
According to the spokesman of the Libyan Foreign Ministry, several masked gunmen in civilian clothes and in two cars opened fire at Ambassador Fawaz al-Etan's vehicle early Tuesday morning in Tripoli.
The assailants wounded the Jordanian ambassador's driver and forced al-Etan out at gunpoint, said the spokesman, Said al-Aswad.
Jordan's Foreign Ministry spokeswoman Sabah al-Rafie confirmed the kidnapping but had no further details. She said the Jordanian government was following the matter closely with the Libyan authorities.
The motives behind the abduction were not clear and no one immediately claimed responsibility for the attack.
Abductions have been rife in Libya since Gadhafi's ouster, and officials, diplomats and journalists are frequently subjected to kidnappings, threats and attacks.
In January, gunmen briefly kidnapped six Egyptian diplomats and embassy employees following the arrest of a Libyan militia leader in Egypt. The diplomats were released only after Egypt released the detained militia commander.
Most of the abductions, though, have targeted Libyan officials and their family members.
On Sunday, Libya's interim prime minister, Abdullah al-Thinni, declined a parliamentary mandate to form a new government, saying he would step down instead after a new premier is named.
Al-Thinni said his action was prompted by a recent attack against him that, in his words, endangered the lives of the residents in his neighborhood. Details of the attack were not revealed but al-Thinni, who was the country's former defense minister, said he did not want to be the cause of any fighting or bloodshed because of his position.
Al-Thinni's son was kidnapped and held by a militia for four months until his release in January.
And last year, former Libyan Prime Minister Ali Zidan was briefly abducted from his five-star hotel in central Tripoli by an Islamic militia group before he was released by another rival armed group.
Also, the current powerful head of the Libyan Parliament, Nouri Abu Sahmein, appeared last month in leaked video in which he is seen was begging with an Islamic militia commander, trying to explain why he was caught with two women in his residence and insisting nothing scandalous was going on.
The incidents reflect the weakness of Libyan politicians and officials in the face of powerful militias that have become both the enforcers of the law and the fuel of lawlessness after successive governments depended on them to restore order in the absence of a strong police force or military.
Source http://mobile.nytimes.com/aponline/2014/04/15/world/middleeast/ap-ml-libya.html?partner=rss&emc=rss&smid=tw-nytimes&_r=0&referrer=
Posted by هدى السرارى at 4:05 م ليست هناك تعليقات: Links to this post 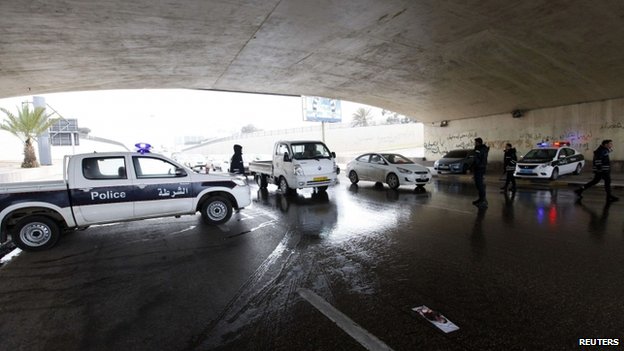 The Jordanian ambassador to Libya has been kidnapped in the capital Tripoli, in an attack that left his driver wounded, officials say.
Libya's foreign ministry confirmed Fawaz al-Itan's kidnapping to the BBC, adding that his driver was in hospital.
The Jordanian prime minister said that the envoy's release was being negotiated.
Libya has been plagued by instability since armed groups toppled Muammar Gaddafi from power in 2011.
Militiamen "The Jordanian ambassador was kidnapped this morning. His convoy was attacked by a group of hooded men on board two civilian cars," government spokesman Said Lassoued told AFP news agency.
On Sunday, Libya's newly appointed Prime Minister Abdullah al-Thinni stepped down after what he described as a "cowardly attack" on him and his family by a militia.
Mr Thinni had been appointed as PM after his predecessor Ali Zeidan was sacked for failing to improve security.
In January, five Egyptian embassy staff were kidnapped in Tripoli for a few days before being freed.
Also in January, a South Korean trade official was kidnapped for three days by people thought to be members of a minor armed rebel group, before being freed by security forces.
Several kidnappings of officials in Libya in previous months have been blamed on militiamen.
They are often paid by the government, but their allegiance and who controls them remain in doubt.
There have also been attacks on Westerners in the country.
In January, the bodies of a British man and a woman from New Zealand were discovered near the coastal area of Mellitah, in the west of the country, while an American teacher was shot dead in Benghazi, in the east, in December.
Posted by هدى السرارى at 2:09 م ليست هناك تعليقات: Links to this post 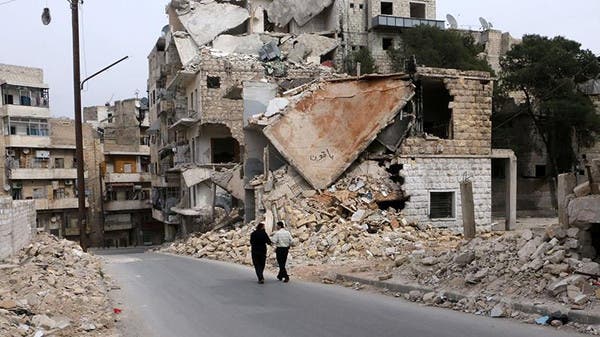 Posted by هدى السرارى at 11:37 ص ليست هناك تعليقات: Links to this post 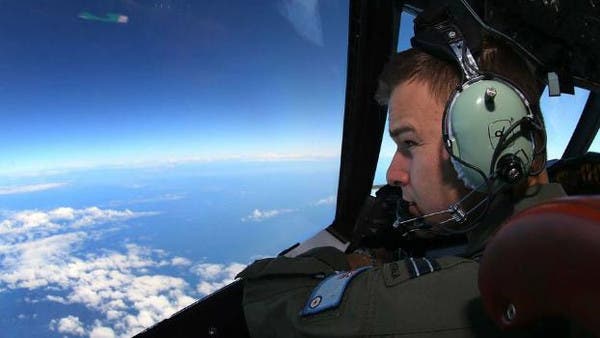