Posted by هدى السرارى at 4:41 م ليست هناك تعليقات: Links to this post The blast blew apart the front of the Benghazi branch of the Ministry of Foreign Affairs
Tripoli, 11 September 2013:
A massive car-bomb exploded outside the Benghazi branch of the Ministry of Foreign Affairs this morning, causing major structural damage to the building.
Two security guards stationed outside the nearby Central Bank of Libya (CBL) suffered minor injuries in the blast, which happened in the early hours of the morning.
“It was a massive explosion which caused a lot of damage to the two buildings,” spokesman for Benghazi’s Joint Security Room Abdullah Zaidi told the Libya Herald. Windows of nearby buildings, including those of CBL shattered in the blast.
The Benghazi Joint Security Forces were now trying to check video footage from CBL  cameras, Zaidi said. He added that the Ministry of Foreign Affairs was not fitted with cameras.
The explosion has fallen on the anniversary of the 2011 terrorist attacks in the US, which last year saw US ambassador to Libya Chris Stephens killed. It is not known if the date is significant to today’s incident. However, a group calling itself the Islamic Emirate of Libya apparently posted a notice on its facebook page threatening attacks on various institutions across the country.
Today in Egypt there was a car-bomb attack on the Sinai intelligence forces that left three soldiers dead and some 20 people with injuries. This suggests that militants have been trying to make a bloody statement today.

By Hadi Fornaji.
Tripoli, 11 September 2013:
The Libyan Council of Ulema has said that that the government of Prime Minister Ali Zeidan should not be sacked. In a statement sent to the Libya Herald, it says that removing the government now, when it and Congress have only five more months to run, would serve no benefit and could possible make matters worse.
Under the terms of the August 2011 Constitutional Declaration, the mandates of both government and Congress are supposed to expire at the end of February 2014.
Distancing itself from the Grand Mufti, Sheikh Sadek Al-Ghariani, who last week called for Congress to dismiss the government, and from the Muslim Brotherhood, which likewise wants it to go, the Council said that replacing it now would delay and possibly derail efforts at reform and reconstruction currently being undertaken. That, it added, could well mean that funds allocated for the various projects would be stolen.
The Council’s support for the government is, however, limited. It has demanded that it and Congress give reasons for their “failure to carry out their assigned duties and explain who is behind this failure, who is preventing the activation of the army, police and the various security systems and who is hindering the transparency of the judicial system”.
The Council said that while claiming to working in Libya’s best interests and for the benefit of ordinary Libyans, there were members of Congress and the government as well as various political parties that were busy pursuing their own personal agendas. They were looking to their own interests, not the country’s.
Congress and the government, the Council said, must investigate its members and sack, and even prosecute, any who have been negligent or incompetent in the performance of their duties.
It also called on the authorities to look at the complaints of those blockading the oil terminals. “We urge the swift establishment of judicial committees to look into the requests of the protesters at the various oil ports and launch an investigation into the matter, in order to protect and safeguard the Libyan people’s income from being tempered with or being looted,” the statement read.
It also demanded that Congress and the government track down and bring to justice anyone involved in killing innocent people in Libya, both during the revolution and since.
The Council of Ulema was created last year from the Network of Free Ulema, itself established immediately after the revolution.  It comprises some 250-300 scholars from the Maliki School of Islam — the mainstream school in Libya – as well as some Ibadis. They say they have been marginalised by the Dar Al-Ifta run by the Grand Mufti. 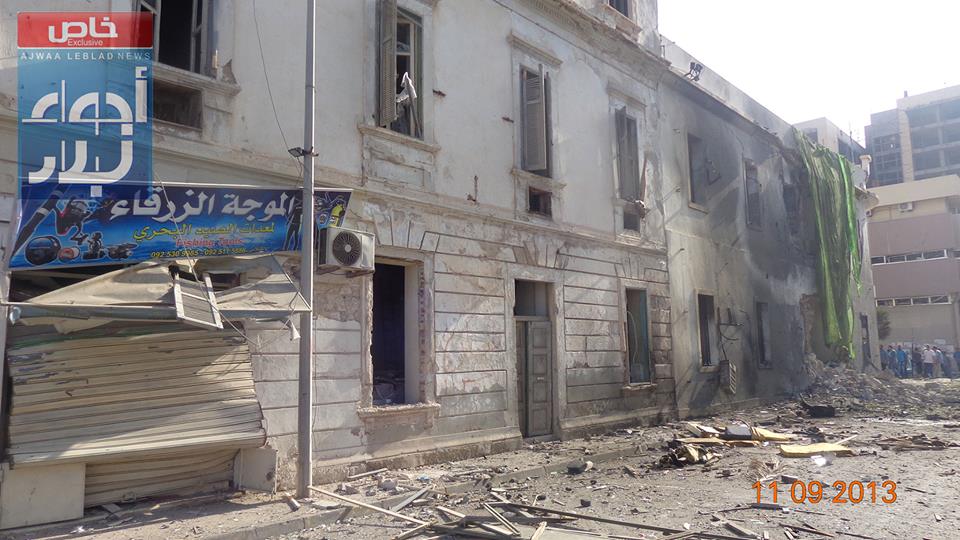 Posted by هدى السرارى at 2:41 م ليست هناك تعليقات: Links to this post

Posted by هدى السرارى at 2:35 م ليست هناك تعليقات: Links to this post

Posted by هدى السرارى at 2:31 م ليست هناك تعليقات: Links to this post