szdaily
SOUTH KOREAN trade official has been kidnapped in Libya, the foreign ministry in Seoul said yesterday.
A foreign ministry official confirmed the identity of the kidnapped man as Han Seok-woo, the head of trade relations at the Korea Trade Investment Promotion Agency in Libya.
Yonhap News Agency said four men abducted Han when he was leaving for work at 1 a.m Seoul time yesterday. It said there had been no word yet from the kidnappers.

South Korea’s trade volume with Libya topped US$949 million as of last August, Korean Trade-Investment Promotion Agency’s Tripoli branch website said, with automobiles making up half of its exports to Libya
Posted by هدى السرارى at 5:01 م ليست هناك تعليقات: Links to this post

modernghana
Congo and Libya will both be looking to secure their place in the quarterfinals of the 2014 African Nations Championship when they meet in their final Group C tie at the Peter Mokaba Stadium on Tuesday, kick-off at 19h00.
The Red Devils of Congo are currently in third place in the group with three points after bouncing back from their opening 1-0 loss to Ghana to beat Ethiopia 1-0 to keep their hopes alive.
Sebastien Migne's side now have to collect maximum points against group leaders Libya on Tuesday to get past the group stage.
The Frenchman admits that this will be a difficult task but he believes his players will be confident following their win over the Walya Antelopes.
“It is good to win because victory brings mental strength and increase self-belief, something this team needs,” he said.
“We stand a good chance of qualifying now and although Libya is a very good youthful side we go out looking for victory.”
Libya on the other hand remain at the top of the group table with four points, after kicking off their tournament with a 2-0 win over Ethiopia before holding Ghana to a 1-1 draw.
Javier Clemente's men will be under less pressure than their opponents as a draw will be sufficient to see them to the next round.
However, the former Cameroon coach believes they still need to put up a good performance in their last game to avoid disappointment.
“It is a good position to go into our last group match in but we know there is still a lot of work to be done before we can qualify to the next phase of the competition,” he stressed.
The other Group C match between Ethiopia and Ghana will take place at the same time at the Free State Stadium.
Posted by هدى السرارى at 4:59 م ليست هناك تعليقات: Links to this post

reliefweb.in
TRIPOLI, 21 January 2014 (IRIN) - Clashes and insecurity in southern Libya are putting pressure on over-stretched health facilities as the government declares a state of emergency in the southern Fezzan region.
The fighting has led to at least 39 deaths, with 70 people injured, in the regional capital Sabha over the past 12 days. Residents fear the limited presence of the state in the sparsely populated south and the lack of a strong national army are leaving them exposed.
“The problem is not about medical material but about the lack of safety in the hospitals,” said Faouzi Azowai, a doctor and head of the Tripoli branch of the Libyan Red Crescent. “The longer the conflict is, the more the civilians can suffer.”
He said he had counted 19 dead bodies in the hospital of Murzuq, a major town for the Tubu ethnic group, located about 170km southwest from Sabha, five days ago.
In Sabha, hospital director Ibrahim Zway said most medical staff were staying at home rather than risk coming in to work. He said that he had seen 36 dead bodies, all soldiers, and 70 injured people in his hospital as a result of the clashes.
“There is a lack of doctors in Sabha hospital and there are no facilities, drugs and doctors in Murzuq and Ubari hospitals,” said Zway, who recently visited Murzua and Ubari. “Right now, we have only three doctors in Sabha hospital instead of eight, at least. We have consultants who come only if there are big injuries.”
The Ministry of Health promised to send a plane with medical materials to the airport in Ubari - a town controlled by the Tuareg ethnic group, 200km east of Sabha - last week. “We are still waiting,” said Zway.
Tensions persist
The United Nations Support Mission in Libya (UNSMIL) expressed on Saturday “deep concern about the continuing violence in the city of Sabha, which has resulted in the loss of life and property.”
UNSMIL’s statement added: “The Mission calls for the immediate end to the armed clashes and supports efforts to restore calm, stop the bloodshed, and ensure security in the city and other areas of southern Libya.”
On 19 January, a Sunday, the first day of the working week, residents in Sabha said the city was quiet, with lots of shops closed and few cars on the road.
During the day, soldiers patrolled the streets. Banks have been closed for more than a week, making it difficult for workers to get their salaries.
Tuareg Jeli Ali, a member of the Ubari Reconciliation Commission, said at least two people from his community had been killed during clashes in Tayuri, a poor Sabha district where a mix of Tubus and Tuaregs are living.
“I have heard about dead civilians in Tayuri, but I have not seen any of them in the hospital,” said Zwai.
The recent clashes started after the death of the deputy commander of the military zone in Sabha, Mansour Al-Aswad, on 9 January. The Ouled Slimane Arab tribe, of which he was a member, accused Tubus of having been responsible for the killing. Since then, clashes between the communities have escalated in Sabha and the surrounding area.
Community relations remain tense in the south, and on 18 January the Tamenhint airbase, 30km east of Sabha, was seized by attackers from the Al-Qaddafa and Magarha Arab tribes, considered favourable towards the previous head of state, Muammar Gaddafi.
The Libyan government declared a state of alert after the airbase attack, but most of Fezzan has been officially a closed military zone since December 2012.
Underlying issues
For many decades under Gaddafi, non-Arab minorities including the Tuareg and Tubu were marginalised, denied identity papers and treated as foreigners as part of a policy of Arabization.
As a result, many took part in the military campaign to overthrow Gaddafi in 2011, and since the revolution have been campaigning for political rights in the new constitution.
Some groups in Fezzan want a greater share of revenue from oil extraction in the south, Libya’s poorest region. But beyond divisions among the three main communities - Arab, Tuareg and Tubu - the fighting is also about controlling trans-Sahara trade routes.

“It is not just a tribal clash, it is bigger than that. It is about border issues, who controls Fezzan and the strength of the state,” a student of Sabha University told IRIN. He said he wished to remain anonymous because “the problem will not be solved soon.”
Posted by هدى السرارى at 4:57 م ليست هناك تعليقات: Links to this post

brecorder
LONDON: Oil prices rose on Tuesday as doubts surrounding a resumption to full Libyan crude output and the prospect of firmer demand offset concerns over the strength of China's economy.
New York's main contract, West Texas Intermediate (WTI) for delivery in February, climbed 26 cents to $94.63 a barrel.
Brent North Sea crude for March jumped $1.41 to $107.86 a barrel in London deals.
"The expectation of a rapid normalisation of oil production in Libya has given way to a more realistic appraisal of the situation," said Commerzbank analyst Carsten Fritsch.
The oil-rich North African country has been shaken by political instability ever since long-time dictator Moamer Kadhafi was unseated and killed in late 2011. The latest crisis erupted in July, when security guards at key oil terminals shut them down, accusing the authorities of corruption and demanding a more equitable distribution of oil revenues.
The supply constraint comes as global oil demand is set to rise faster than expected this year, the International Energy Agency said on Tuesday.
The IEA, which consults countries on energy policy, noted that oil consumption accelerated at the end of 2013 as advanced economies led by the United States recovered.
But growth of Chinese demand slowed in the second half of 2013, it added.
"IEA's expectation of global oil demand to rise ... on global economic recovery has provided some support to oil prices," said analyst Abhishek Deshpande at French investment bank Natixis.
China's economy registered flat growth of 7.7 percent last year, maintaining its slowest expansion in more than a decade as the government warned Monday of "deep-rooted problems" including a mountain of local authority debt.
Offsetting Libyan supply concerns meanwhile is the prospect of higher crude exports from Iran after a landmark deal to curb the Islamic Republic's disputed nuclear programme came into force. Iran on Monday halted production of 20 percent enriched uranium, in the wake of an interim deal between Tehran and world powers that had been reached in November.
Under the agreement, Iran agreed to curb parts of its nuclear drive for six months in exchange for receiving modest relief from international sanctions and a promise by the so-called P5+1 -- Britain, China, France, Russia, the United States plus Germany -- not to impose new sanctions against its hard-hit economy.
The deal helps reduce geopolitical risks in the oil-producing Middle East region, reducing threats of supply disruptions and putting downward pressure on prices.
Posted by هدى السرارى at 4:56 م ليست هناك تعليقات: Links to this post

Posted by هدى السرارى at 4:54 م ليست هناك تعليقات: Links to this post 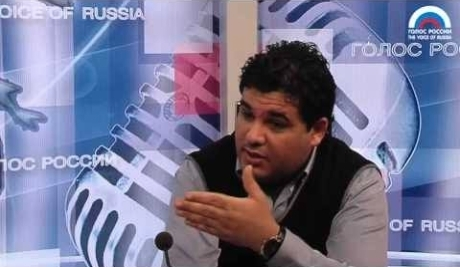 A Wellington mother of two murdered on a remote beach in Libya will be farewelled by her "devastated" loved ones in a private funeral ceremony tomorrow.
Lynn Howie, 46, was shot alongside Briton Mark De Salis, 48, as they picnicked on a beach near the city of Sabratha this month.
The pair, who had met in New Zealand last year, were shot in what was reported to resemble an execution-style killing on the beach, 65 kilometres west of Libya's capital, Tripoli.
Howie had travelled to Libya to visit De Salis, a British oil company executive with whom she had bought a house.
The Wellington health worker, who had been based for some time in England, had planned to study nursing and was a volunteer paramedic for the Wellington Free Ambulance service.
She leaves two teenage sons.
Her family issued a statement through the New Zealand police today.
"Our family has been devastated by the loss of a loved mother, sister and friend," it said. "Her unexpected passing has been difficult for everyone who knew her."
The family thanked the Ministry of Foreign Affairs and Trade (Mfat) and the police for their "outstanding" support and compassion.
The investigation into the pair's deaths continues.
A ministry spokesman said today that New Zealand authorities were checking in for regular updates from their Libyan counterparts.
New Zealanders continue to be warned to avoid travel to Libya, which remains in a fragile political state with periods of civil unrest after of the 2011 civil war.
Mfat's travel warning for the North African country remains at the "extreme" level outside of Tripoli and "high risk" within the capital because of the threat of terrorism and kidnapping.

Howie's family have requested privacy at tomorrow's funeral, which is being held for close friends and family
Posted by هدى السرارى at 11:09 ص ليست هناك تعليقات: Links to this post 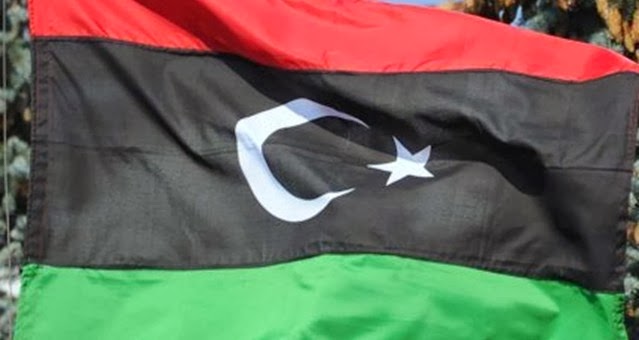 Posted by هدى السرارى at 10:02 ص ليست هناك تعليقات: Links to this post