Mother Jones
Libyans are seen during fighting outside the office of the Libya Shield pro-government militia in Benghazi,
Libya in June 2013. Uncredited/AP
The Obama administration is considering lifting the decades-old ban barring Libyans from coming to the United States to train as pilots and nuclear scientists. But House Republicans are voicing fierce opposition to the proposal, citing one particular reason: Benghazi.
The Department of Homeland Security (DHS) began the process to rescind the ban last year, following requests from the Defense Department and the Department of State. Rebuilding Libya's military and police forces is critical to promoting democracy and combating extremism in the country, some security experts say, and the ban makes it harder for the US government to aid Libya's military.
But House Republicans don't see it that way. At a hearing earlier this month, they equated lifting the ban to aiding terrorists in the region, repeatedly citing the 2012 attack against the US consulate in Benghazi. "Given the desire of radical regimes and terrorists to obtain or build nuclear weapons or dirty bombs, do we want to possibly train Libyan terrorists in nuclear engineering?...It does not appear that national security has been adequately considered in the effort to end the prohibition," said Rep. Bob Goodlatte (R-Va.). Rep. Trey Gowdy (R-S.C.) noted that "a teacher named Ronnie Smith was murdered in Benghazi. There've been no arrests. I've heard nothing about it." When Representative Steve King (R-Iowa) took the floor, he asked nine consecutive questions related to security in Benghazi.
The hearing came in the wake of a letter Goodlatte, Gowdy, Rep. Jason Chaffetz (R-Utah), and Rep. Darrell Issa (R-Calif.) sent to DHS on March 19, calling the proposal "dangerous and irresponsible." In that letter, House Republicans criticized DHS for continuing to move forward with the proposal without taking their concerns into account.
"The United States supports the aspirations of the Libyan people as they participate in their democratic transition after 42 years of dictatorship," a DHS official tells Mother Jones. "As part of this effort, we are reviewing US policies that have been in place since before the Libyan revolution to see how they might be updated to better align with US interests." The official noted that the review is not yet final.
The Reagan Administration implemented the ban in 1983 following a series of terrorist attacks involving Libyan nationals in the late 1970s. The ban, which applies to Libyans who wish to come to the United States for aviation and nuclear training, harkens back to a time when dictator Col. Muammar el-Qaddafi’s nuclear program was still active. In the years following, Libya dismantled its nuclear program, the US lifted its ban on Americans traveling to Libya, and in 2011, Qaddafi met a bloody end following political uprising. The US has now committed to training and equipping the new Libyan national army, with training taking place in Bulgaria, but proposals to train pilots in the US and update the country's fleet have been stalled by the visa restrictions.
Security experts say that updating Libya's military is critical to promoting stability in the country. (Earlier this month, the interim prime minister stepped down after there was an armed attack on him and his family.) Frederic Wehrey, a lieutenant colonel in the US Air Force Reserve who served as a military attache in Libya in 2009 and 2011, tells Mother Jones that while the US should proceed carefully in vetting and training Libyan forces, "the notion that they're going to come here surreptitiously and use the pilot program to wage attacks is vastly exaggerated." He adds, "It's quite surprising that the opposition [to lifting the ban] hinges on this notion that Libya is a country of all extremists, whereas the military that the US is engaging with is one of the more pro-US, pro-Western elements in the country."
Assistant Secretary of Homeland Security for International Affairs Alan Bersin emphasized at the hearing that there are "extra layers of security and vetting" for people who come to the US to work in flight maintenance and nuclear-related fields. He also noted that helping Libyan nuclear scientists get employment that is not hostile to the United States is "in our interest."
Lawmakers who support lifting the ban say that House Republicans are fixating on Benghazi, without taking into account the complex security concerns in the rest of the country. "When my colleagues on the other side of the aisle nevertheless raise the Benghazi attack as well as other terrorist incidents within Libya as grounds for keeping the visa restriction in place, we must keep in mind that there is a difference between the extremist forces behind these incidents and the pro-Western Libyan military that's trying to defeat them, and that's the point of lifting the visa restriction," Rep. Zoe Lofgren (D-Calif.) said at the hearing.

"The potential lifting of this Qaddafi-era ban would increase our ability to provide security support to the Libyan government and support its border control and counterterrorism efforts—exactly the work we need to do more of post-Benghazi," an Obama administration official says. "Using what happened in Benghazi to prevent an action that would increase our national security is short sighted and unfortunate."
Posted by هدى السرارى at 5:20 م ليست هناك تعليقات:

The gunmen also wounded several people during the attack against the General National Congress (GNC) in the capital Tripoli On Tuesday, said parliament spokesman Omar Hmeidan.

The assailants were said to be linked to one of the defeated candidates for prime minister, Hmeidan said without mentioning the candidate’s name.
The attack, which ended quickly, forced the lawmakers to postpone the vote until next week.
Armed militants have launched several attacks against the GNC to make political or financial demands.
The parliament speaker said the final vote was being held between businessmen Ahmed Maiteeq and Omar al-Hasi when the attack took place.
Two weeks ago, Libyan interim Prime Minister Abdullah al-Thinni resigned just one month after his election, saying gunmen had attacked his family.
Prior to Thinni, Ali Zeidan was fired over reported oil sales by rebels in the volatile east.
Libya has been witnessing numerous clashes between government forces and rival militia groups, who played a key role in the 2011 popular uprising that toppled former dictator Muammar Gaddafi.


The rebels refuse to lay down arms despite efforts by the central government to impose law and order.
Posted by هدى السرارى at 5:16 م ليست هناك تعليقات:

(Reuters) - Libya's Zueitina oil port will load its first tanker of crude on May 1-3 since reopening after being closed for nearly 10 months due to protests, trading and shipping sources said.
The sources said that Austria's OMV had chartered the Ottoman Tenacity to load at Zueitina May 1-3. One added that the company would load two grades, Abu Attifel and Zueitina.
Tamoil is in the process of chartered a second tanker to load around May 8-10, trading sources said.

Business Day
Brent futures held near seven-week highs above $110 a barrel as repeated hiccups in Libya’s attempts to boost exports and escalating tensions over Ukraine between top oil producer Russia and the West worsened supply disruption fears.
A rebel group in Libya’s east that controls several ports said it would not reopen the Ras Lanuf and Es Sider terminals unless the Tripoli government implemented its part of a deal to end the oil blockade.
Ukrainian forces killed up to five pro-Moscow rebels in what amounted to the first use of lethal force to recapture territory from the fighters, with the US accusing Russia of trying to destabilise the region. NATO says Russia has built up a force of about 40,000 troops in its border with Ukraine. Moscow says some are stationed there permanently, while others have been deployed as a precaution to protect Russia from the instability in Ukraine.
Brent crude, set to post a third week of gains – the longest streak since one that ended in early September 2013 – rose 2 cents to $110.35 a barrel early on Friday, after settling up $1.22.
The unfolding crisis would keep Brent supported between $105 and $110 a barrel and the US benchmark above $100 a barrel.


Crude inventories climbed by 3.5 million barrels in the week ending 18 April, more than analyst expectations of a 2.3 million-barrel build. At 397.7 million barrels, they are at their highest since 1982, when the EIA began collecting data.  The previous peak was reached in May 2013 at 397.6 million barrels. With oil production at its highest level since 1988 and the export of crude severely limited, crude inventories have been broadly edging higher.
Posted by هدى السرارى at 3:10 م ليست هناك تعليقات:

fars news
The culprits are allied with one of the defeated prime ministerial candidates, Spokesperson Omar Hmeidan told Reuters.
Seven candidates were standing for the post to replace former Prime Minister Abdullah al-Thani who stepped down early in April after reporting an armed attack against him and his family on April 12.
The shooting forced legislators to abandon the vote.
Earlier in the day, a car bomb exploded outside a military compound in Benghazi, Eastern Libya, causing the deaths of two soldiers and injuring two others.


Libya has been ravaged by internal chaos since the ousting of Muammar Gaddafi by armed groups in 2011
Posted by هدى السرارى at 2:56 م ليست هناك تعليقات: 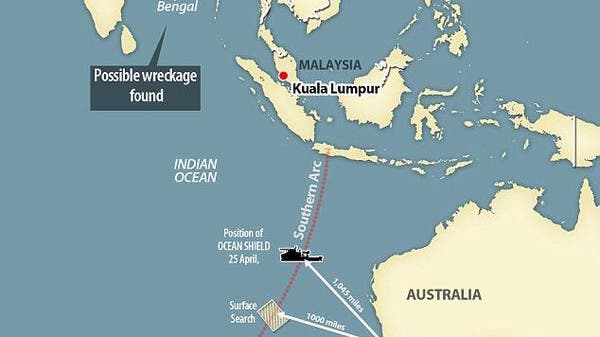