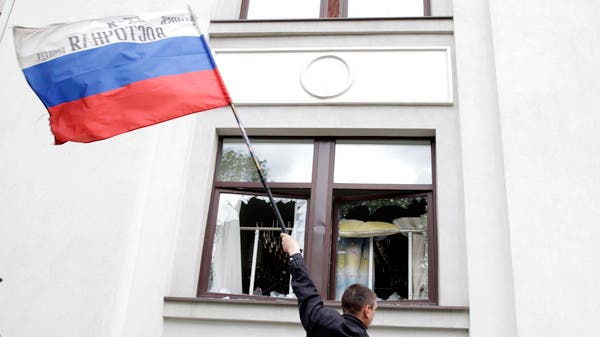 (Reuters) - A suicide bomber in a car killed at least two people and wounded two others at an army camp in Libya's eastern city of Benghazi on Tuesday, security and medical sources said.
A source inside the special forces camp said the car had exploded at the gate.
Libyan armed forces have been battling militants from hardline Islamist groups, such as Ansar al Sharia, listed as a foreign terrorist organization by Washington.
Most countries have closed their consulates in Benghazi and some foreign airlines have stopped flying there since the U.S. ambassador and three other Americans were killed in an Islamist militant attack in September 2012.


Libya's central government is struggling to control armed groups, militias and brigades of former rebels who helped oust Muammar Gaddafi in 2011 and now refuse to disarm.
Posted by هدى السرارى at 5:08 م ليست هناك تعليقات: Links to this post 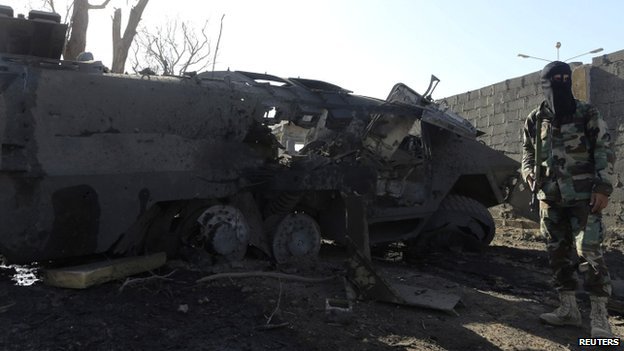 A car bomb has exploded at the gates of a military barracks near the airport in the Libyan city of Benghazi, killing two soldiers, security officials say.
BBC
Two other soldiers were wounded in the explosion.
It appeared to have been carried out by a suicide bomber, an unnamed army officer told the AFP news agency.
There has been a severe deterioration in security in Libya since the 2011 uprising which ousted long-time leader Muammar Gaddafi.
The government has been struggling to control and disarm the numerous armed groups and militias who took part in the civil war which ended his 42-year rule.
Benghazi, the cradle of the revolution, has been a focal point for attacks on public institutions and officials.
It is the largest city in eastern Libya, where some groups and Islamist militias want more autonomy and a greater share of the region's oil wealth.
No group has claimed responsibility for the early morning attack at the Special Forces barracks.
Posted by هدى السرارى at 5:07 م ليست هناك تعليقات: Links to this post


"We have been focusing on the weak points," said airport security chief Mahmoudi. "The airport is old, space is limited. We're trying to make the most of what we have." (Editing by Patrick Markey and Will Waterman)
Posted by هدى السرارى at 3:51 م ليست هناك تعليقات: Links to this post

oil n gold
Crude oil prices declined with Brent crude plummeting after reports that Libyan exports are expected to rebound. WTI crude initially weakened amid forecasts that US inventory would increase further. The contract then recovered after encouraging US data and gains in Wall Street. The front-month contract for Brent crude oil slumped to a 2-week low 107.86 before ending the day at 108.12, down -1.33%. The WTI contract settled at 100.84, up +0.24%. Gold fluctuated within a 3-USD-range but ended the day largely flat.
News reported that Libya would soon resume exports as the rebels lifted force majeure from the eastern Zueitina oil port, responsible for output of 70K bpd. According to Mohamed Elharari, spokesman of state-run National Oil Corp, an agreement was reached on April 6 that the rebels would hand over control of Zueitina and Hariga, in return for an official amnesty and salary payments. This upstaged the news that the US has announced a third round of sanctions against Russia.
On the dataflow, US pending home sales rose +3.4% m/m in March, compared with a downwardly revised -0.5% drop a month ago and consensus of a gain of 0.7%. Compared with a year ago pending home sales fell - 7.4%. Looking at different regions, sales in the West added +5.7% after a +2.3% increase in February while those in the South added +5.6% after gaining +3.6% in February. In the Northeast, sales also added +1.4% in March, following a fall of -1.6% in February, while those in the Midwest showed a modest decline of -0.8% in March, following a +2.8% increase a month ago. The key drivers for home buying are better job market and improved household balance sheets. These factors remained intact and supported affordability.

For today, US’ consumer confidence probably edged up +0.7 points to 83 in April while the S&P/Case-Shiller composite-20 index might have gained +12.9% y/y in February, easing from a +13.24% increase a month ago. In the Eurozone, a set of confidence date would be released (shown below).
Posted by هدى السرارى at 3:44 م ليست هناك تعليقات: Links to this post

Libya _ International community may intervene in Libya, US warns*

David icke
‘Senior Libyan sources revealed to Al-Araby Al-Gadeed website that the visit by deputy US Secretary of State William Burns to Tripoli two days ago included a warning by Burns that “Libyan rulers should undertake their responsibilities in overcoming the current unrest within two months, or else the country would be taken over by the international community.”
The sources confirmed that Burns warned political forces and the government during a surprise visit that if the country’s political instability is not resolved within the next two months, US President Barack Obama, in coordination with the European Union, will dispatch a special representative to take charge of the political transition in the country.

Analysts interpreted this warning as a prelude to a step that may place Libya under “International mandate”.’
Posted by هدى السرارى at 3:41 م ليست هناك تعليقات: Links to this post

Posted by هدى السرارى at 1:42 م ليست هناك تعليقات: Links to this post

Posted by هدى السرارى at 10:45 ص ليست هناك تعليقات: Links to this post