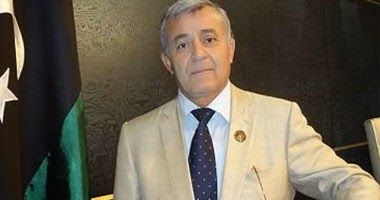 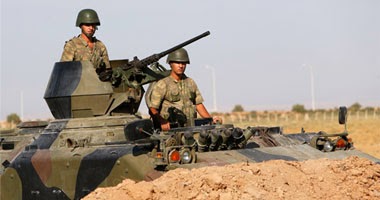 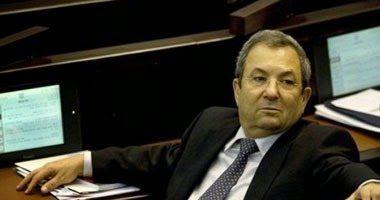 omantribune
BENGHAZI Libyan rebels who control three oil ports will not enter any talks with the government about ending their blockade unless Tripoli returns a tanker that loaded oil at one of its terminals but was recaptured by US forces, they said on Monday.

Two weeks ago, the rebel militia managed to load crude onto a tanker docked at the Es Sider port, one of three it seized last summer to press the government for a share of oil revenues and regional autonomy.

The Morning Glory arrived in the Libyan capital on Sunday after US special forces stormed the tanker and handed it over to Libya’s nascent navy.

The government has told the militia to negotiate an end to their port blockade or face a military offensive. Abb Rabbo Al Barassi, self-declared prime minister of the group, told a local television station that, first, Tripoli must return the tanker and three rebel fighters who had been on board.

“We set as a condition that the tanker and those on board must return in safety before any dialogue,” he said, in the group’s first reaction since the tanker arrived in Tripoli.

He said the militia would prove that it was able in future to protect any tanker buying oil from its ports.

“We realise that the world respects only those with force. That’s why will add strength and equipment,” he said, without elaborating.

The port blockade is one of many challenges facing the government which has failed to secure the country three years after the fall of Muammar Gaddafi.

Former anti-Gaddafi rebels and militias refuse to surrender their weapons and often use force or control of oil facilities to make demands on a state whose army is still in training with western governments.

Those governments, which backed Nato air strikes to help the 2011 anti-Gaddafi revolt, are pressing the factions to reach a political settlement.

Libya’s oil production has fallen to a trickle due to the port seizures and protests at major oil fields.
Posted by هدى السرارى at 12:57 م ليست هناك تعليقات:

panorama
By Dr Alexander Yakovenko, Russian Ambassador to the United Kingdom of Great Britain and Northern Ireland, Deputy foreign minister (2005-2011)
From RT
A critical situation is unfolding in Libya which remains a matter of serious concern.
The level of violence has dramatically increased recently, especially in the east and south of Libya; explosions, kidnappings, assassinations, sectarian and tribal clashes have become commonplace.
Militants are running the show across the country, taking advantage of the government’s lack of effective security forces. All of these ‘revolutionaries’ are well-armed and not even planning to disarm any time soon. Political and ideological polarization of society is underway, approaching a critical point. The situation with human rights is in a sorry state. The political process has stalled: the work on a draft new constitution has not started yet.
Given all this, it seems that even the once bravura optimism of the Western community has vanished – everyone understands the severity and unpredictability of what is occurring in Libya. Interestingly, commentators in the West try not to mention the root causes of the current situation in Libya.
Although it is worth noting that Russia anticipated such a development in 2011, when we attempted to convince our partners to refrain from a military operation, and to use political and diplomatic means to settle the crisis through a nationwide dialogue in the interests of all in this country.
Back then it all started with a call to protect civilians from the “tyranny of Gaddafi.” Those adept at the concept of “responsibility to protect” through coercive methods have called the Libyan scenario almost the model example of effective crisis response. Time has shown that the crisis does not end where disliked governments are overthrown with outside help. The crisis just starts there and can turn the country into a failed state.
It is evident that in these conditions achievement of any sustainable normalization will be utterly difficult. Nevertheless, in order to normalize the situation, both robust efforts by the Libyan Government and large-scale assistance from the international community, oriented towards the achievement of practical results, will be required.
Organizing a nationwide dialogue with the participation of all strata of the society, political, regional and ethnic groups should be an imperative for the Libyan authorities. Its agenda should include all the main domestic issues.
The international community should focus its efforts on promoting political reforms, including development and adoption of a constitution, setting up a national dialogue and building security, including border protection. The United Nations Support Mission in Libya must play a coordinating role.
In parallel with the political process, it is important to promote programs to disarm former rebel groups, to reintegrate ‘revolutionaries’ into the Army and security forces. This is a difficult, yet manageable, task that requires political will and collective action. Success of these efforts would hugely contribute to stabilizing the MENA region, which is experiencing its times of trouble.
Posted by هدى السرارى at 12:55 م ليست هناك تعليقات: