Thailand will help with any Rohingya investigation: PM&

Reuters) - Thailand will help the United Nations and the United States with any investigation into the findings of a Reuters report that Thai immigration officials moved Myanmar refugees into human-trafficking rings, the prime minister said on Saturday.
The United Nations and the United States called on Friday for an investigation into the report, published on Thursday and based on a two-month investigation in three countries, that revealed a clandestine policy to remove Rohingya refugees from Thai immigration detention centers and deliver them to human traffickers waiting at sea.
Thai Prime Minister Yingluck Shinawatra, who chairs a government committee on human trafficking, declined to comment on the findings when asked about her reaction.
"I cannot comment on the Rohingya issue and reaction as this is the responsibility of the Foreign Ministry to handle," she said in a comment to Reuters, delivered through an aide.
"The ministry will liaise with the United States and the U.N. to help with any investigation they need."
The Rohingya are stateless Muslims from Myanmar, also known as Burma. Clashes between Rohingya and ethnic Rakhine Buddhists exploded in Myanmar last year, making 140,000 people homeless, most of them Rohingya.
Since then, tens of thousands of Rohingya have fled from Myanmar by boat and many arrive off southwest Thailand.
After being delivered to human traffickers at sea, the Rohingya are transported across southern Thailand and held hostage in camps hidden near the border with Malaysia until relatives pay ransoms to release them, according to the Reuters report. Some are beaten and some are killed.
"These allegations need to be investigated urgently," U.N. refugee agency spokeswoman Vivian Tan said in a statement.
The United States issued a similar call hours later.
"We are aware of reports alleging that Thai officials have been involved in selling Rohingya migrants to human traffickers," U.S. State Department spokeswoman Marie Harf said. "We urge the Thai government to conduct a serious and transparent investigation into the matter."
SANCTIONS RISK
Major General Chatchawal of the Royal Thai Police was quoted in the Reuters report as saying that there was an unofficial policy to deport the Rohingya to Myanmar.
He called this "a natural way or option two". But he said the Rohingya signed statements in which they agree they want to return to Myanmar.
These statements, however, were at times produced in the absence of a Rohingya-language translator, Reuters found.
New York-based watchdog group Human Rights Watch criticized Thailand for moving detainees into established smuggling and trafficking rings, and warned Thailand could face a possible downgrade in a U.S. list of the world's worst enforcers of human-trafficking laws.
Such a downgrade would place Thailand, a close U.S. ally and Southeast Asia's second-biggest economy, at risk of U.S. sanctions and put it on par with North Korea and Iranamong the worst performers in fighting human trafficking.
The U.S. State Department is gathering information for its next Trafficking In Persons (TIP) report, due in June. Thailand faces an automatic downgrade to Tier 3, the lowest rank, unless it makes "significant efforts" to improve its record in combating trafficking, the State Department says. The Tier 3 designation could leave Thailand subject to U.S. sanctions.
Sek Wannamethee, a spokesman for Thailand's Foreign Ministry, said earlier that the Rohingya issue was one of several the United States would take into consideration before deciding on Thailand's grade.
Nine people have been arrested in Thailand in relation to Rohingya smuggling in 2013, including two government officials, according to police data. None of the arrests has led to convictions.
Thailand prosecuted 27 people for trafficking in 2012, down from 67 the previous year, according to the 2013 TIP Report by the U.S. State Department.

South Africa mourns Mandela, will bury him on December 15& 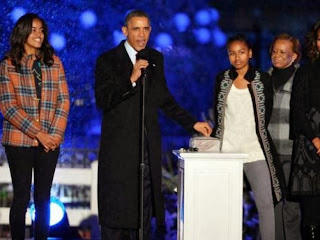 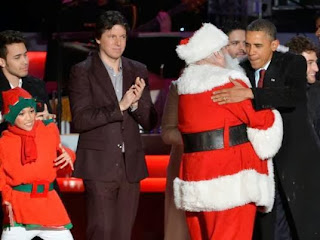 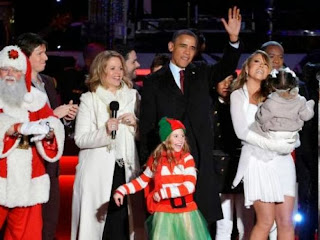 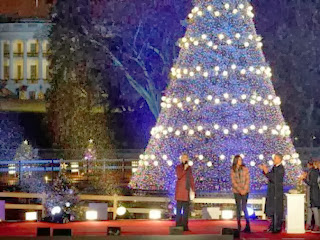 Posted by هدى السرارى at 2:37 م ليست هناك تعليقات: Links to this post

_Tripoli: Security for foreign instructors was increased after an American teacher was shot dead while jogging in Benghazi, amid fears that the death was not an isolated attack but rather one of an increasing number of targeted killings by Islamic militants or other gunmen with a strong presence in the volatile eastern Libyan city.
Ronald Thomas Smith II’s body was found near the residential compound that housed him and other Benghazi International School teachers in an upscale neighbourhood. He had been at school in the morning but went home to change his clothes and go jogging at midday, according to the school’s director Adel Al Mansouri. The area is also the site of the US diplomatic mission, where the US ambassador and three other Americans were killed last year.
The United States, viewed by many Libyans as a protector who led Nato airstrikes that helped rebels oust dictator Muammar Gaddafi in 2011, has nonetheless become an enemy to militants who have flourished in the security vacuum, particularly in eastern Libya.
Five days before Smith’s killing, Al Qaida’s American spokesman Adam Gadahn called upon Libyans to attack US interests everywhere as revenge for the abduction by US forces of an Al Qaida suspect off the streets of Tripoli in October.
The school is located nearly 10 kilometres outside the city and has about 600 students. School officials declined to give a breakdown about the number of Americans and other foreigners at the school for security reasons.
Smith, 33, who graduated in 2006 from the University of Texas in Austin with a master’s degree in chemistry, moved to Benghazi with his wife, Anita, and young son a year and a half ago. His wife and son had gone home for Christmas, but he stayed behind to help students with final exams for the semester.
During his years in Texas, he was active in the Austin Stone Community Church, fulfilling what friends said was Smith’s strong Christian beliefs.
Dozens of Egyptian Coptic Christians and others including South African, Swedish and American nationals have been detained by militias over accusations of spreading Christianity. In one incident in March, a Coptic Christian died, reportedly under torture, while held over accusations of proselytising.
The United States called on Libya to investigate Smith’s death. Libya’s Foreign Ministry said in statement that it was launching a probe, but authorities could not be reached for comment about suspects or other details. The central government holds little sway in Benghazi, which has an independent streak and is largely ruled by armed groups that sprang up after fighters refused to give up their arms following the 2011 revolution.
Benghazi, which was the birthplace of the Libyan revolution, has been struck by series of targeted killings of judges, activists, journalists, policemen and army officers. The city and the eastern region are hotbed of Islamic militia groups including Ansar Al Shariah which was blamed for the attack on US mission.
There has recently been a public backlash against militias throughout Libya, and they have clashed with armed residents and the security forces in Benghazi. But there is little sign yet that the government has the strength to dislodge them.
The United States pledged to train Libyan troops to help strength the army badly needed to restore security after the country has fell in hands of out-of-control militias, who originated in the rebel forces that fought longtime dictator Gadhafi’s forces in eight-month civil war in 2011.
Al Mansouri said the motive for Thursday’s attack was unclear as the investigation was ongoing.
“We don’t know if the killing was a terrorist attack or attempted theft,” said Al Mansouri. Al Mansouri also expressed concern the investigation could be tarnished because of the high number of police and prosecutors with ties to militia groups that may be to blame.
Al Mansouri said the Benghazi International School has about 30 foreign teachers, including Americans, Britons and Australians. Six British teachers had been scheduled to join the school in January, Al Mansouri said, adding he didn’t know if they still would do so after the attack.
More security guards were sent to the residential compound and teachers were to be accompanied at all times, Al Mansouri said, although he insisted the faculty would not be intimidated. “We have a message that we want to deliver to the next generations,” he said in a telephone interview.
Abdullah Al Zaidi a former security official of the Joint Operation Room said that he doesn’t rule out the possibility that it is a “terrorist attack”.
“Sadly, those trying to send a message to the United States are only harming Benghazi,” he said, adding, “the teacher was known as a very nice and generous person who didn’t have any certain biases.” He said that the day Smith was shot dead was a “bloody day” that witnessed several others killings like a senior officer and three soldiers in separate incidents.
Posted by هدى السرارى at 12:34 م ليست هناك تعليقات: Links to this post