Posted by هدى السرارى at 5:40 م ليست هناك تعليقات: Links to this post

(Reuters) - U.S. Deputy Secretary of State William Burns, the most senior U.S. official to visit Libya since a deadly 2012 attack on a U.S. compound there, said on Thursday Libya was facing a severe challenge from an increase in extremist violence.


"Rising violent extremism is an enormous challenge first for Libya but also for Libya's international partners," he told a news conference after talks in the capital Tripoli. Washington recognised the severity of that threat, he added.
Posted by هدى السرارى at 5:32 م ليست هناك تعليقات: Links to this post 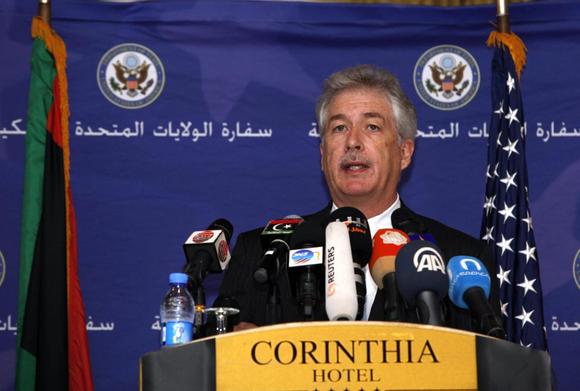 (Reuters) - U.S. Deputy Secretary of State William Burns on Thursday promised Libya more U.S. help against extremist violence, saying the country could not achieve political or economic stability without tackling its security challenges.
Libya's weak central government is struggling to assert its authority against militias and armed tribesmen who helped oust Muammar Gaddafi in a 2011 NATO-backed uprising.
"Rising violent extremism is an enormous challenge first for Libya but also for Libya's international partners," Burns told a news conference after talks in the capital Tripoli.
"That's why we have a such sense of urgency and such a sense of determination to help Libyans build their own security capacity, to deepen counter terrorism cooperation and also to promote the kind of healthy political process ... that increases the chances of greater security over the long-term," he said.
Burns is the most senior United States official to visit the oil-producing nation since an Islamist militant attack on Washington's consulate in the eastern Libyan city of Benghazi in September 2012 in which the U.S. ambassador and three other Americans were killed.
Burns said rebuilding security was key to Libyan success.
"It is impossible to foresee the successful political transition and successful economic revival without a greater sense of security," Burns said.
He did not elaborate on how Washington would deepen its security cooperation with Tripoli, repeating only that the United States and other partners would continue to train Libya's nascent army and security forces.
Posted by هدى السرارى at 5:29 م ليست هناك تعليقات: Links to this post NBC News
Former Secretary of State Hillary Clinton reiterated on Wednesday that the 2012 attack in Benghazi, Libya was her "biggest regret" as head of the State Department, again addressing what could be one of the toughest questions she'll face if she runs for president.
"It was very, very painful and it was certainly the biggest regret I had as secretary of state," she said of the attack that took the lives of four Americans. "They weren’t the only people we lost but we lost them in such a terrible, senseless, terrorist action that it is just deeply sorrowful and went on for hours."
Clinton first called the attacks her biggest regret as Secretary of State back in January, which overshadowed her final days in the Obama administration. Republicans have accused the Obama administration of misleading the public about the motives behind the attack while President Barack Obama was campaigning for re-election.
Clinton supporters say conservatives are using the attack for political purposes to knock the potential Democratic presidential candidate.
The former first lady's remarks came during a speech at the Simmons Leadership Conference in Boston, Mass., where she encouraged women to "dare to compete."
“I think there are times in all of our lives when we are either given an opportunity or we see one that we can seize and we get nervous, we worry, we are not ready to dare anything,” she said. “But I hope you will and more than that I hope you will join me in committing the next generation of women leaders to dare to compete.”
Posted by هدى السرارى at 3:22 م ليست هناك تعليقات: Links to this post 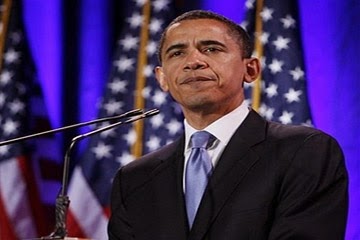 Posted by هدى السرارى at 10:29 ص ليست هناك تعليقات: Links to this post