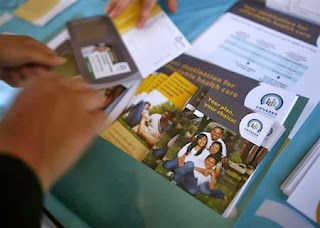 Posted by هدى السرارى at 4:50 م ليست هناك تعليقات: Links to this post

Posted by هدى السرارى at 4:49 م ليست هناك تعليقات: Links to this post

TRADE ARABIA
Libya plans to build two oil refineries in its underdeveloped east and south, Prime Minister Ali Zeidan said, seeking to address grievances and protests which have shut down much of the north African country's oil output.

Oil production remained at a trickle after two western ports of Zawiya and Mellitah suspended exports this week, on top of the closures of most eastern facilities. Only one tanker was expected to load condensates in Mellitah, trading sources said.

Strikes and protests by militias, and minorities demanding more political rights or better pay have reduced Libya's exports to 90,000 barrels per day from its capacity of 1.25 million bpd.

The interim government has struggled to kick-start development and deliver on expectations of a higher living standard since Muammar Gaddafi's fall in 2011.

Zeidan told reporters the government planned a 300,000-bpd refinery in Tobruk in the east where protesters have blocked the Hariga port for around two months.

Another 50,000-bpd refinery would be set up in Ubari in the remote Fezzan where workers have shut down the El Sharara oilfield since the weekend. The desert area bordering Algeria, Chad and Niger has been neglected for decades.

Zeidan also said oil exports from the 110,000 bpd Hariga port would resume on Sunday or Monday.

But a source in the port said chances were only "low" that the port would reopen. "It seems the prime minister has a deal with some people in the council who don't represent the strikers," said the source. "The whole picture is unclear."

The government has announced several times the reopening of the port in Tobruk near the Egyptian border. The state National Oil Corp (NOC) declared force majeure on the port on September 12, after it had ceased to export crude oil for over two weeks.

There was no progress in resuming exports from other eastern ports. Brega, which is technically open, cannot export due to low oil output at nearby fields.

Production was at 20,000 bpd from Brega fields, a senior official of the state National Oil Corp (NOC) said, citing strikes as the reason for the production drop. Last week, local Libyan sources and traders said that flows had fallen due largely to electricity supply problems.

There was no sign that the southern El Sharara oilfield, which supplies the Zawiya terminal with crude, had resumed.

Several market sources said the Makronissos tanker, chartered by Trafigura and next in line, had been given instructions to berth at the Mellitah terminal to load condensate after protesters at the port gave permission.

Traders said it was not yet clear whether more vessels would call on the port.

"We believe that a resumption of the production and exports at the Sharara oilfield and the Mellitah port is likely to require weeks, due to the political nature of this protest by non-Arab minority groups," Riccardo Fabbiani, North Africa analyst at Eurasia Group consultancy, said in a note.

Italian oil and gas group Eni said it expected its 2013 output to be lower than in 2012 due to Libyan and Nigerian disruptions. The company is the largest foreign major in Libya through Mellitah Oil and Gas, a joint venture with NOC.

Before the 2011 civil war, the venture produced around 270,000 barrels of oil equivalent per day of natural gas and crude oil, most of it for export.

The company is one of three stakeholders in the Waha Oil Co in eastern Libya, which had produced 320,000 to 340,000 bpd of its main export grade Es Sider.-Reuters
Posted by هدى السرارى at 4:31 م ليست هناك تعليقات: Links to this post Posted by هدى السرارى at 3:20 م ليست هناك تعليقات: Links to this post Posted by هدى السرارى at 2:33 م ليست هناك تعليقات: Links to this post

Japan, Russia agree to cooperate on security as China rises&


(Reuters) - Japan and Russia held their first joint defense and foreign ministers' meeting on Saturday and agreed to boost security cooperation in the Asia-Pacific as they both warily watch neighboring China's rising influence.
Japan and Russia have never signed a treaty to mark the end of World War Two because of a territorial dispute but they are moving to deepen ties despite that, and despite Russian concern about Japan's role in a U.S. missile defense program.
The foreign ministers of both countries said the meeting helped build trust.
"To boost cooperation in the field of security, and not just in the field of economic and people exchanges, means that we are improving overall Japan-Russia ties," Japanese Foreign Minister Fumio Kishida told a news conference.
"This would also have a positive impact on the negotiations to sign a peace treaty."
Japan and Russia both claim remote, windswept islets called the Northern Territories in Japan and the Southern Kuriles in Russia.
Japanese Prime Minister Shinzo Abe and Russian President Vladimir Putin, who have met four times in the last six months, agreed in April to revive talks on resolving the dispute and a vice ministerial-level meeting will be held next year.
On Saturday, the two sides agreed to hold naval exercises to combat terrorism and piracy and to deepen their cooperation in regional security and diplomatic forums.
Russia invited the Japanese ministers to Moscow in 2014 for more talks, Russian Foreign Minister Sergei Lavrov said.
Neither side referred explicitly to worries about China's rising power and Kishida said security cooperation between Japan and Russia was not being undertaken with any other country in mind.
The path to a good relations between Japan and Russia may not be entirely smooth.
Russia expressed concern over Japan's moves to strengthen its defense alliance with the United States including a plan to locate a U.S. missile-defense radar system in Japan.
"We openly communicated that we are concerned about Japan's participation in the United States' global missile defense system," Russian Defence Minister Sergei Shoigu said.
Relations between Russia and the United States have been strained by disputes over Iran, Syria, and Russia's decision to give temporary asylum to U.S. fugitive spy contractor Edward Snowden.

Posted by هدى السرارى at 2:23 م ليست هناك تعليقات: Links to this post 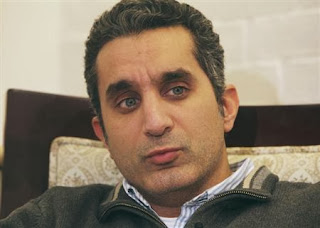 
(Reuters) -
Pakistani Taliban fighters secretly buried their leader early on Saturday after he was killed by a U.S. drone aircraft and quickly moved to replace him while vowing a wave of suicide bombs in revenge.
The Pakistani government denounced the killing of Hakimullah Mehsud as a U.S. bid to derail planned peace talks and some politicians demanded that U.S. military supply lines into Afghanistan be blocked in response.
Mehsud, who had a $5 million U.S. bounty on his head, and three others were killed on Friday in the militant stronghold of Miranshah in northwest Pakistan, Pakistani security officials and militants said.
Mehsud's vehicle was hit after he attended a meeting of Taliban leaders, a Pakistani Taliban fighter said, adding Mehsud's body was "damaged but recognizable". His bodyguard and driver were also killed.
He was secretly buried under cover of darkness in the early hours by a few companions amid fears that his funeral might be attacked by U.S. drones, militants and Pakistani security sources said.
"Every drop of Hakimullah's blood will turn into a suicide bomber," said Azam Tariq, a Pakistani Taliban spokesman.
"America and their friends shouldn't be happy because we will take revenge for our martyr's blood."
Mehsud took over as leader of the al Qaeda-linked Pakistani Taliban in 2009. The group's two previous leaders were killed in attacks by U.S. missile-firing drones.
Taliban commanders voted to replace him with the movement's number two, Khan Said, who is also known as Sajna.
Said is believed to have masterminded an attack on a jail in northwest Pakistan that freed nearly 400 prisoners in 2012 and a big attack on a Pakistani naval base.
But some commanders were unhappy with the choice and wanted more talks, several militants said, indicating divisions within the Pakistani Taliban, an umbrella group of factions allied with the Afghan Taliban and battling the Pakistani state in the hope of imposing Islamist rule.
They have killed thousands of Pakistani civilians and numerous members of the security forces. They claimed the killing of an army general in September.
In Washington, two U.S. officials also confirmed Mehsud's death in a CIA drone strike. A White House spokeswoman said he was not in a position to confirm the report but if true, it would be a serious loss for the Pakistani Taliban.
In 2010, Mehsud appeared in a farewell video with a Jordanian suicide bomber who killed seven CIA employees at a base in Afghanistan.
"ATTACK ON TALKS"
Mehsud was in his mid-30s and had a sharp face framed by a beard and a tangle of long hair, usually flowing from beneath a traditional Afghan hat.
Despite his reputation as an uncompromising militant commander, Pakistan's new government had promised to try to stop the violence through peace talks and it reacted angrily to Mehsud's killing.
"The U.S. has tried to attack the peace talks with this drone but we will not let them fail," Information Minister Pervez Rashid told media, referring to the negotiations, which the Taliban said on Friday had yet to start.
Shah Farman, a spokesman for the government of the northwestern province of Khyber Pakhtunkhwa, said provincial legislators would pass a resolution on Monday to cut NATO supply lines into landlocked Afghanistan. A main one passes through the nearby Khyber Pass.
The supply lines through U.S. ally Pakistan have been crucial since the latest Afghan war began in 2001 and remain vital as the United States and other Western forces prepare to withdraw from Afghanistan by the end of next year.
Residents of Miranshah, the capital of the North Waziristan region on the Afghan border, said Pakistani Taliban fighters were converging on the town and firing furiously at drones buzzing high in the sky.
About eight drones were seen overhead as well as a larger aircraft that seemed to be a aeroplane or a type of drone that residents said they had not seen before.
"We thought it was a C-130 aircraft but it was a special spy plane, bigger in size," resident Farhad Khan said by telephone from Miranshah. "The militants fired from their anti-aircraft guns to hit it but couldn't."
Shops and markets were open in the town. Residents said they were worried about a possible army offensive, but not Taliban reprisals. They expected the militants to launch attacks elsewhere in Pakistan.
"We feel the militants will show their reaction in major cities like they usually do," said resident Assadullah Dawar said.
In May, Mehsud's deputy was killed by drone nearby. Last month, one of his top deputies was captured in Afghanistan

Posted by هدى السرارى at 2:08 م ليست هناك تعليقات: Links to this post