Posted by هدى السرارى at 5:31 م ليست هناك تعليقات: Links to this post 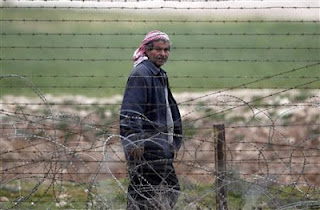 (Reuters) - The Syrian army has stepped up an offensive on opposition Sunni Muslim strongholds in the central city of Homs, bringing in ground forces and loyalist militia to try to secure a major road junction, opposition sources said on Friday.
Around 15,000 Sunni civilians are trapped on the southern and western edge of the city near the intersection of Syria's main north-south and east-west arteries, crucial to let the army travel between Damascus and the Mediterranean coast, opposition campaigners in Homs said.
Rebels said they had moved into new areas of Homs this month to grab more territory, which could explain the offensive. Activists said that rebels had asked them not to report on the advances because it could provoke retaliatory strikes.
But activists in Homs said a barrage of army rocket, artillery and aerial bombardment had killed at least 120 civilians and 30 opposition fighters since Sunday.
In the south, eight members of Syria's military intelligence were killed by an Islamist militant car bomb on Thursday night near the frontier with the Israeli-occupied Golan Heights, opposition activists and a violence monitoring group said on Friday.
The Syrian Observatory for Human Rights said the bomb was planted by Al-Nusra Front, a rebel unit fighting to oust Assad that the United States has labeled a terrorist group.
"We think the blast might have killed a colonel who has been leading the fight against rebels in the area," Rami Abdelrahman, head of the Britain-based Observatory said. The building targeted is in the town of Saasa, 14 miles (23km) from the frontier with the Golan Heights, he said.
Syrian authorities have banned most independent media, making it difficult to verify such reports on the ground.
The nearly two-year-old conflict has now killed an estimated 60,000 people and a military stalemate has formed while hundreds of thousands of refugees flood into Syria's neighbors.
The Syrian Interior Ministry called on Thursday for Syrian refugees to come home and said they would be guaranteed safety.
A statement on the state news agency SANA said the government was "offering guarantees to all political opposition sides to enter the country ... (and) ... take part in the national dialogue without any query."
Few who left have returned, especially opposition supporters, and Assad said in a speech this month that he would not talk with opposition members he said had betrayed Syria or "gangs recruited abroad that follow the orders of foreigners".
The war has reached every province in the country and fighting has encroached on the heart of the capital Damascus, with residents reporting the daily thud of artillery being fired on rebel-held districts in the outskirts.
U.S. ambassador to Syria Robert Ford told CNN on Thursday that Assad's mother Anisa Makhlouf and his sister Bushra had both moved to the United Arab Emirates. It is not clear why they left.
SHABBIHA BROUGHT IN
Activist Nader al-Husseini, speaking by phone from the western sector of Homs, said at least 10,000 pro-Assad shabbiha militiamen had been brought from the coastal city of Tartous to back up the regular army.
"They go in infantry formations behind the soldiers and their specialty is looting and killing civilians," he said, adding that among dozens killed by the shabbiha were a family of five in the village of Naqira.
Husseini said 100 wounded civilians were trapped in Homs' western neighborhood of Kafar Aya and that the Free Syrian Army rebels had tried to negotiate a deal to evacuate them but failed.
Opposition sources blame shabbiha for the death of more than 100 Sunni men, women and children when they overran a nearby area 10 days ago.
Mostly Sunni Homs, a commercial and agricultural hub 140 km (90 miles) north of Damascus, has been at the heart of the uprising and armed insurgency against Assad and his establishment, composed mostly of Alawites, who follow an offshoot of Shi'ite Islam and comprise about 10 percent of the population. There is a large Alawite minority in Homs.
Syrian authorities have not commented directly on the latest offensive, but official media have in the past referred to the need to ‘cleanse' the city of what they described as terrorists who were terrorizing peaceful neighborhoods.
Tareq, another activist, said the fall of Kafar Aya and the adjacent neighborhoods of Jobar and al-Sultaniya would make the position of Sunnis in the city untenable.
"These districts are the front line with Alawite areas from where rebels have been sometimes disrupting the road between Damascus and Tartous. If they fall the Assad army will have carved a big hole to proceed deep into Homs and secure the link to the capital."
Posted by هدى السرارى at 5:14 م ليست هناك تعليقات: Links to this post 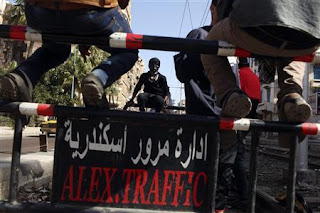 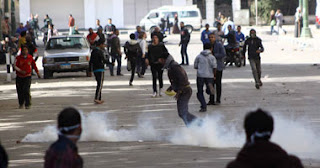 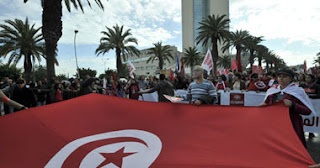 Posted by هدى السرارى at 4:52 م ليست هناك تعليقات: Links to this post

#Libya's silence on oil deals a setback for transparency

Libya's silence on oil deals a setback for transparency

Details of oil sales in 2013 confidential - NOC
* Post-war enthusiasm for transparency has waned
* Observers say there is still time for reform
By Jessica Donati and Marie-Louise Gumuchian
LONDON/TRIPOLI, Jan 25 (Reuters) - Libya will not reveal the details of its oil sales this year, National Oil Corporation (NOC) officials told Reuters this week, stepping back from pledges to deliver greater transparency after the corruption of the pre-revolutionary regime.
Oil producers commonly keep the details of crude deals secret, yet Libyan officials promised to publish the details of oil deals after over 40 years of secrecy under deposed leader Muammar Gaddafi.
The state firm revealed who would buy Libya's oil in 2012 and began releasing information on prices and volumes of oil shipments on its website - but this lasted just two months, ending in 2011.
Libya's NOC chairman, Nuri Berruien, said any secrecy clauses were introduced at the request of clients, not the NOC, and that most of last year's buyers would continue to purchase its oil.
The state firm would resume publishing details on its yearly activities, he said.
"I have asked them (marketing department) to put all of the activities undertaken last year on the website, like an annual report. I am surprised it is taking this long, but it will be there," Berruien said.
But plans to address past corruption have also halted. The committee the National Transitional Council (NTC) set up in late 2011 to probe Gaddafi-era oil deals made little progress due to the slow handover of documentation, according to one of its members.
That committee was dissolved with the transitional authorities after July elections for the General National Congress and no taskforce has yet been set up in its place to investigate Gaddafi-era oil deals.
Progress on energy sector transparency has stalled, according to Tim Bittiger, a director at the Extractive Industries Transparency Initiative, an NGO that seeks to promote transparency in oil and mining.
"Indications at the moment are not that great. Partners have suggested we wait until there is a new government in place before renewing talks", he said.
The Libyan congress now has its own energy committee, headed by Suleiman Ghjum, which with 15 members plays a supervisory role - which makes recommendations across a range of fields and has plans to investigate corruption.
"We should look at all the contracts that look suspicious," a member of the GNC energy committee told Reuters last month.
He said he wanted to meet with members of the now dissolved NTC committee to talk about their work.
OIL BUYERS
Details on the identities of Libya's oil buyers this year have emerged through a survey of traders who were customers last year, but many are reluctant to disclose the volumes they have been allocated, or say that details are still being finalised.
Last year, the NOC provided a breakdown on allocations, revealing that trading houses had won around 9 percent of Libya's full pre-war exports of 1.3 million barrels per day.
This was a break from a policy of restricting sales to refiners, although many, like Italy's Saras, remained the biggest customers.
"All the allocations have been awarded, but we have restrictions because some clients didn't like being named last year," the NOC source said, adding that confidentiality clauses had been written into the contracts.
A survey of oil traders revealed that Italian refiners Eni and Saras would receive volumes similar to last year, while Spain's Repsol would take the same or slightly more.
China's Unipec, which was allocated a "good share" last year according to the NOC at the time, was expected to increase its take to 6-7 shipments per month, equivalent to just over 100,000 barrels of oil per day (bpd).
Details on allocations to trading houses had yet to emerge. However, an industry source said Glencore, which took the largest volume awarded to traders last year, would purchase cargoes on the spot market rather than under contract.
"We need to give the industry (and people within the industry) time to break from the company culture that was in place under Gaddafi, during which period anyone breaking protocol or standing out from the crowd stood to be severely punished," said Zara Rahman, research associate at energy consultancy OpenOil.
"Changing that company culture won't happen immediately; it was in place for over 40 years."
Rahman said the decision to keep the identity of this year's crude oil buyers secret may also be linked to unrest that at times over recent months brought parts of the industry to a standstill.
"It's unlikely, what with various strikes and upheavals in the industry as we've seen over the past few months, that anyone in mid or higher level management would stick their neck out," Rahman said.
"I would suggest that this could simply be a return to pre-revolution protocol for want of a new protocol to follow."
The page on the NOC's website providing details on its oil deals remained available.
"In the wake of the great success of the glorious 17th Feb revolution, NOC has adopted the principle of transparency," the state oil firm said on its website.
Below, there is a list of the names of firms that had registered for crude oil tenders and two months' worth of details on shipment prices and volumes. (Additional reporting by Julia Payne in London, Emma Farge in Geneva and Ali Shuaib in Tripoli, editing by William Hardy)
Posted by هدى السرارى at 4:44 م ليست هناك تعليقات: Links to this post 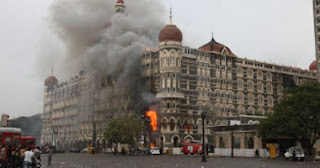 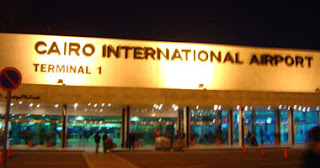 Posted by هدى السرارى at 4:24 م ليست هناك تعليقات: Links to this post


'Imminent threat' to Westerners in Benghazi

25 January 2013 Last updated at 06:42 GMTHelp
Britons should leave the Libyan city of Benghazi immediately in response to a "specific, imminent threat" to Westerners, the Foreign Office says.
But Libya's deputy interior minister Abdullah Massoud insisted the security problems in Benghazi did not warrant such a response.
The BBC's James Kelly reports.
http://goo.gl/JjMw5
Posted by هدى السرارى at 4:14 م ليست هناك تعليقات: Links to this post 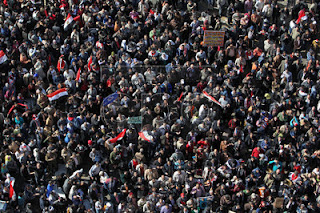 Egyptian protesters shout slogans, during a demonstration marking the second anniversary of the Egyptian revolution at Tahrir square, in Cairo, Egypt, 25 January 2013. The Egyptian opposition called for rallies on 25 January 2013 against President Mohamed Morsi and his Muslim Brotherhood group, accusing them of tightening their hold on power, on the second anniversary of the revolt that toppled former president Hosni Mubarak on 11 February 2011.
Posted by هدى السرارى at 4:04 م ليست هناك تعليقات: Links to this post