Posted by هدى السرارى at 6:06 م ليست هناك تعليقات: Links to this post

Al Arabiya -
Clearly, law-suits, threats and political pressure isn’t enough to stop Egypt’s leading satirist, Bassem Youssef.
Renowned for mocking the Muslim Brotherhood-backed President, Mohammed Mursi; it seems Youssef now is widening his horizons to target backers of the Islamist group.
This time, he chose to pinpoint Qatar – a known financial backer of the Brotherhood - as a target of one of his political satire sketches.
Playing maestro, Youssef – who is already facing charges of insulting the Egyptian president and Islam – orchestrated a song on the Friday night episode of his comedy show designed to mock the Muslim Brotherhood’s relations with Qatar.
Sang as a parody of the 1960s Egyptian Pan-Arabism opera anthem “My beloved Arab Homeland,” Youssef poked fun at Qatari aid to Egypt.
The lyrics included: “Qatari, how your money fills my land…Qatari, give me more and I’ll be satisfied.”
“Sell your Suez Canal, and take from their [Qatar’s] grace … Sell the pyramids and build another two,” the lyrics went, referring to rumors earlier this year that the Brotherhood had been mulling over whether they should rent Egypt’s historical sites to Qatar.
In a press conference following the Doha summit last month, Qatari Prime Minister Hamad Bin Jasim, denied the allegations that his country was “purchasing” the pyramids and the Suez Canal.
“People say we were looking to rent out the pyramids for $200bn, what kind of value for money is this, maybe we’d consider it if it were $2bn” he joked, before saying “how many baseless accusations are made against us?…like the Suez Canal, we have never even considered buying the Suez Canal,” as quoted by comment website Open Democracy.
Youssef’s sketch also pointed out a couple of Qatar’s recent investments and purchases of popular brands, shops and football clubs around the world.
After the sketch, Youssef said that Egyptians “have no problem with the Qatari people,” saying that he respects them, but he is being critical of the Egyptian government that he said considers “selling or renting such crucial sites to foreigners.”

Youssef is renowned for regularly grilling the country’s ruling Islamists on his wildly popular weekly program, Albernameg (The Show), which is modeled on Jon Stewart’s U.S. satirical The Daily Show.
Reactions to the sketch, which has already gone viral since Friday night’s episode, included many Arab Twitter users highly criticizing the oil-rich country, while others supported Qatar and slammed the sketch itself.
Egyptian sports critic Alaa Sadek tweeted saying: “They hate Qatar because they hate Egypt and want Egypt’s destruction,” in reference to Youssef’s show.
“I think Qatar is a rich country and something for Arabs to be proud of and after a few years it will host the World cup and has no time to turn to a comedian,” another Twitter user said.
“Last night’s episode from al-Baranmeg represents all Arab countries. Qatar’s interferences result in the misery of people,” said @deemaah_ksa on Twitter.
Posted by هدى السرارى at 5:25 م ليست هناك تعليقات: Links to this post

Syrian President Bashar al-Assad has accused Turkey of harboring terrorists and transferring them into his country.


“Turkey's government officially harbors terrorists and sends them into Syria. They're also crossing over from Jordan," Assad said during an interview with Turkish TV station Ulusal Kanal, which was aired on Friday.

Damascus says Ankara has been playing a key role in fueling the unrest in Syria by financing, training, and arming the militants since violence erupted in the Arab country in March 2011.

The Syrian president also warned that if his country “is partitioned, or if terrorist forces take control of the country, there will be direct contagion of the surrounding countries."

Assad also slammed the Arab League for its recent decision to give Syria's seat to its foreign-backed opposition coalition.

“The Arab League lacks legitimacy. It’s a league that represents the Arab states, not the Arab people, so it can’t grant or retract legitimacy,” Assad said.


On March 26, the Arab League handed Syria’s seat to the so-called National Coalition during a two-day summit held in the Qatari capital, Doha.

The Arab League also authorized its member states to send all means of what it called self-defense, including weapons, to the foreign-sponsored terrorists inside Syria.

Many people, including large numbers of army and security personnel, have been killed in the violence in Syria.

The Syrian government has said that the chaos is being orchestrated from outside the country, and that a very large number of the militants operating in the country are foreign nationals.

File photo shows Iraqi security forces and rescue workers inspecting the site of a blast in the northern Iraqi city of Kirkuk.
Sat Apr 6, 2013 12:34PM
At least 25 people have been killed and 60 others wounded in a coordinated bomb blast at an election rally in the Iraqi city of Baqouba.


A person threw a grenade at an open-air political meeting in Baqouba, which is located 65 km northeast of the capital Baghdad on Saturday, officials said.

Later on the same day, a bomber detonated his explosives when candidate Muthana al-Jourani and his supporters gathered for lunch at a large tent set next to his house.

According to the Associated Press, a police official, who spoke on the condition of anonymity, said al-Jourani was injured in the incident. He is running in provincial polls on the ticket of Iraqiya political bloc.

No group or individual has so far claimed responsibility for the attack, which came amid a rise in violence across the country as Iraqis prepare for their first elections in three years. The provincial polls are due to be held in Iraq on April 20.

On Friday, a roadside bomb exploded in Baqouba soon after Friday prayers and killed two people, injuring a dozen more.

Three soldiers were also killed on Friday after their vehicle hit a roadside bomb in Abu Ghraib neighborhood in the western part of Baghdad.

A bomb explosion also claimed the lives of three civilians and wounded 15 others on the same day.
prress tv
Posted by هدى السرارى at 5:18 م ليست هناك تعليقات: Links to this post

11 smugglers were killed after a Libyan fighter jet bombed a convoy carrying fuel 5 miles from the Tunisian and Algerian borders.
A military source said in a statement on Friday: “The convoy failed to stop and comply with the warning signal given by the aircraft.”
He added that the convoy consisted of six vehicles, carrying a capacity of 30,000 litres of fuel. The vehicles increased their speed to try and avoid the plane in the mountainous region.
The aircraft bombed the convoy immediately while they attempted to flee Libya.
libya tv
Posted by هدى السرارى at 5:08 م ليست هناك تعليقات: Links to this post

on April 6, 2013
The coast guard patrol managing central Libya’s coastline seized a batch of heroin from the Mediterranean on Thursday.
Speaking to the LANA, the spokesman of the Navy Col. Ayoub Kasim said: “Approximately 700 kg was seized late on Thursday, being preserved in 20 bags found floating near the coast, in the region between Misrata and Sirte.
He said coast guard patrols in the region had seized several similar bundles in this region, and halted other smuggling activities thanks to the efforts of coast guard personnel at the Misrata/Sirte middle sector.
libya tv

Posted by هدى السرارى at 5:06 م ليست هناك تعليقات: Links to this post

Posted by هدى السرارى at 4:56 م ليست هناك تعليقات: Links to this post

Eight UK-based companies specialising in the technical vocational training and education (TVET) sector, will be in Tripoli from tomorrow until 11 April on a trade visit.
The aim of the mission is for TVET providers and equipment suppliers to strengthen links with the Libyan National Board for Technical and Vocational Education (NBTVE). Part of the Ministry of Higher Education and Scientific Research, NBTVE is responsible for over 100 higher education colleges and technical institutions across Libya.
TVET UK, which is leading the mission, said that one potential collaboration project could be the veterans’ programmes under the Warriors Affairs Commission (WAC) and Ministry of Labour.
The planned overhaul of the education system in Libya by the Ministries of Education and Higher Education & Scientific Research is another area with potential collaboration opportunities, TVET said.
Companies represented on the visit, which include Cambridge Regional College and Pearson Edexcel, could help make a real difference in Libya, said TVET UK’s executive director, Alan McArthur. He said they could: “Deliver programmes that will boost the employability of Libya’s younger generations and help to build a prosperous future for the country.”
Delegates are also looking to engage with other potential clients, partners and local representatives in the Libyan market, offering education and training solutions both in Libya and in the UK. On Monday 8 April there will be a business to business networking session from 15:00 to 18:00 at the Radisson Blu Al Mahary Hotel.
libya herald
Posted by هدى السرارى at 4:45 م ليست هناك تعليقات: Links to this post

Tripoli, 6 April 2013:
The Russian president Vladimir Putin has said that Libya has “split into three parts” as a result of the revolution.
Comparing the situation in Syria with that of other countries where there had been change, he said in a television interview with German public broadcasting corporation ARD that as a result of the changes in the region aided by Western governments, it was “unclear where Libya will go. In fact, it has already split into three parts.”
Bashir Assad should stay, he said in the interview broadcast yesterday, Friday, ahead of his visit to Hannover Fair in Germany this weekend. Russia did not want to see the same situation in Syria as had happened in other Arab countries where there had been dramatic changes which he blamed on the West. “We do not want to have the situation of the same difficulty as we still have in Iraq. We do not want to have the situation of the same difficulty as in Yemen, and so on.”
Putin did not say what the three parts in Libya were, although he was probably referring to the country’s historic regions: Tripolitania, Cyrenaica and the Fezzan.
Despite the demands by Cyrenaica federalists for a return to the 1951 constitution, they and few others in Libya do not want to split the country.
It is not clear if the Russian president’s misrepresentation of the political reality in Libya was deliberate, in an attempt to justify Russia’s support for the Assad regime, or the result of genuine if willful ignorance.
libya herald
Posted by هدى السرارى at 4:40 م ليست هناك تعليقات: Links to this post

Posted by هدى السرارى at 4:33 م ليست هناك تعليقات: Links to this post

A Cairo court on Saturday dismissed a lawsuit seeking to have popular Egyptian satirist Bassem Youssef's TV show banned and the private satellite channel broadcasting it taken off the air.
The Administrative court said the plaintiff did not have standing to file the lawsuit because he lacked a direct interest in the case.
An Islamist lawyer accused Youssef of "ridiculing President Mohammed Morsi, and violating the principles of the society" in his weekly satirical show Al-Bernameg (The Program), which airs on broadcaster CBC.
In recent months, Islamists have filed several cases against journalists and TV show hosts accusing them of inciting violence or insulting Morsi, who took office in July as Egypt's first elected Islamist president.
Youssef was questioned last week in a separate case in which he is accused of defaming Islam and Morsi, and was released on a bail of 15,000 pounds ($2,200 dollars).
The cases raised concerns about freedom of expression under Egypt's Islamist administration.
haaretz

Posted by هدى السرارى at 3:28 م ليست هناك تعليقات: Links to this post 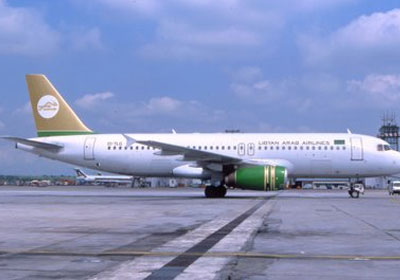 Posted by هدى السرارى at 2:05 م ليست هناك تعليقات: Links to this post