Libya _ In Libya, politicians in fear of powerful militias*

(AP) — In a humiliating video, Libya's top politician — the head of parliament — is seen begging with a militia commander, trying to explain to him why he was caught with two women in his residence and insisting nothing scandalous was going on.
"In God's name," Nouri Abu Sahmein tells the militiaman, Haitham al-Tajouri. "I'm hiding nothing from you, Haitham." Visibly afraid, Abu Sahmein tells him the women claimed to have "sensitive information" at a time he has received tips about a cell plotting to assassinate him.
"I want to close this all up, but I want to understand. I am not a fool," the militia commander replies, speaking from off camera.
The video, taken and leaked by the militiamen and shown earlier this month on Libyan TV stations, sparked an uproar and prompted the prosecutor general to investigate, summoning Abu Sahmein and al-Tajouri for questioning. The prosecutor is aiming to determine if any crime took place, whether blackmail by the militiaman or a violation of morals laws by Abu Sahmein, an Islamist-leaning politician.
Ultimately what the video highlighted, however, was how weak even Libya's most prominent politicians are in the face of the militias that have become both the enforcers of the law and the fuel of lawlessness in the country since the 2011 ouster and death of Moammar Gadhafi.

From the start, the fledgling government did little to follow through on a program to disarm and demobilize the militias. Instead, officials tried to buy them off, spending billions of dollars to enlist the fighters in various security tasks, without ever winning their loyalty — or building a state for them to be loyal to.
Posted by هدى السرارى at 2:32 م ليست هناك تعليقات: Links to this post 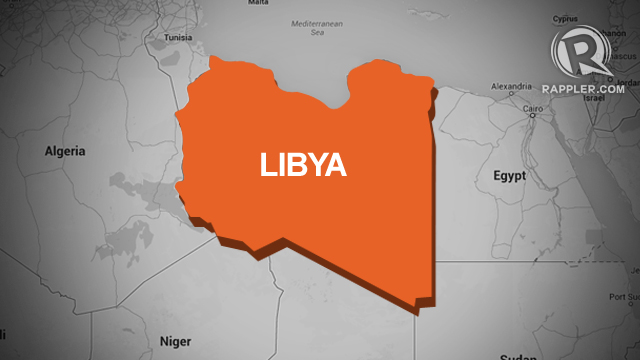 Rappler
BENGHAZI, Libya The Libyan army said it had taken control Wednesday, April 9, of two oil ports under a weekend deal to end a crippling nine-month blockade by rebels seeking autonomy in the country's east.
Colonel Ali al-Shikhi, spokesman for the army general staff, said men under its command had taken control of Al-Hariga and Zueitina ports.
The rebels' seizure of four eastern oil terminals last July in pursuit of their campaign for restored autonomy for the eastern Cyrenaica region slashed exports from 1.5 million barrels per day (bpd) to just 250,000 bpd.
Tripoli says the blockade has cost the country more than $14 billion (10.1 billion euros) in lost revenues.
A port official said exports could resume from Al-Hariga as early as Sunday if the National Oil Co (NOC) gives the necessary approvals, restoring a much-needed revenue stream for the weak central government following the 2011 overthrow of Moammar Kadhafi.
Under the deal reached on Sunday, the rebels were to hand over the two terminals this week and cede the other two within two to four weeks, provided negotiations are successfully concluded.
The two ports have a combined export capacity of 210,000 bpd.
"Ibrahim Jodhran's group undertook not to re-enter the port of Al-Hariga or resume its blockade," Shikhi said, referring to the rebel leader.
"Operations at the port should resume at the start of next week (Sunday), provided force majeure is lifted," Al-Hariga port official Abdelwahab Salem Omran said.
The NOC declared force majeure at the 4 terminals last August, effectively bringing all authorized oil shipments to a halt.
The lifting of the rebel blockade of Ras Lanouf and Al-Sidra would be an even bigger prize. Together they have a capacity of 550,000 bpd.
Reopen all oil ports
Western governments issued a joint statement Monday calling for a rapid reopening of the oil terminals.
They called for "the prompt establishment of a transparent and inclusive national dialogue that includes particular focus on the fundamental national and regional questions involving Libya's resources."
Details of Sunday's agreement have been kept under wraps but the rebels have been demanding a referendum on restoring the autonomy that the Cyrenaica region enjoyed for the first 12 years after Libyan independence in 1951.
They have also sought full back-pay for their men, who were employed as security guards at the oil terminals before launching their blockade.
The eastern terminals were a key battleground in the NATO-backed uprising that saw Kadhafi toppled and killed in 2011.

A Western diplomat said the rebels were "trying to find a way out of the crisis they created" with an abortive oil export bid on a rogue tanker last month.
Posted by هدى السرارى at 2:18 م ليست هناك تعليقات: Links to this post Posted by هدى السرارى at 1:56 م ليست هناك تعليقات: Links to this post Posted by هدى السرارى at 11:24 ص ليست هناك تعليقات: Links to this post

Posted by هدى السرارى at 10:52 ص ليست هناك تعليقات: Links to this post